Evelyn Mangham—A Hero of the Faith

“It’s not the loss that overwhelms us,” her son Thomas wrote in a tribute on Facebook. “It’s the thought that we had the honor of knowing, seeing, and experiencing what it’s like to live with a Hebrews 11 hero of the faith.” 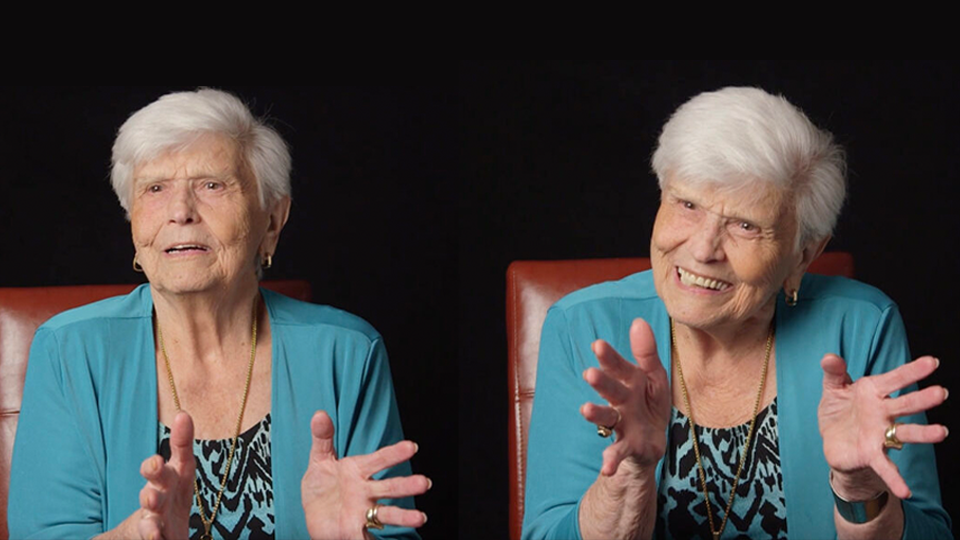 On October 5, 2021, a trailblazing saint with an infectious love for Jesus entered eternity. Evelyn Breaden Mangham was born in 1922 in Nyack, New York. She celebrated her first birthday on a freighter ship bound for Palestine, where her parents would spend the next 40 years as C&MA missionaries. At age 17, Evelyn returned to the States. She enrolled in Wheaton Christian Academy and later attended the Missionary Training Institute in Nyack (now Nyack College). It didn’t take long for her to win the heart of Grady Mangham, a music major at the Institute and the son of an Alliance pastor.

After serving churches in Georgia and Florida, the Manghams were pioneer missionaries among peoples of the Central Highlands of Vietnam, which were Evelyn’s most cherished days of ministry. During their 20 years in Vietnam, Evelyn learned three languages (in addition to those she already knew), taught literacy to Bible school students and Introduction to the Old and New Testaments, made treks to mountain villages to share the gospel, and served alongside Grady as a mission leader. Together they hosted colleagues, visitors, American GIs, dignitaries, and government leaders.

Grady and Evelyn encountered some perils while in Vietnam. According to an article in Christianity Today, in 1962 they were captured briefly by Communist fighters and forced to listen to a two-hour lecture on class conflict and revolutionary history. Prior to the couple’s release, the Communists told the Manghams, “We know you missionaries are here only to help the people of this country.” Grady also shot a tiger that had killed 200 people.

In 1967, Grady and Evelyn moved to Nyack. During the fall of Vietnam, the couple led a monumental effort to help refugees from Vietnam. From late 1975 through 1976, 10,000 refugees were resettled in America, mostly by C&MA churches—despite initial resistance from some Alliance pastors. It was Evelyn and two friends who recruited leaders to welcome the refugees. Within three years, the need for church sponsors outgrew C&MA resources. In 1978, on the advice of the United Nations High Commissioner for Refugees and U.S. government leaders, Grady and Evelyn challenged World Relief (the relief arm of the National Association of Evangelicals) to launch a national church response to welcome refugees. The Manghams also cofounded World Relief’s refugee resettlement program.

Tim Crouch, vice president for Alliance Missions of the U.S. C&MA, says of Evelyn, “Alliance people across the country and serving around the world marvel at Evelyn’s life of faith in her Savior and rejoice that she is with Him. She never lacked words of love and praise for Jesus while on earth and has now begun her heavenly eternity of sharing her adoration of Him.”

Tim adds, “Many of us through the years heard testimony of the first time Evelyn died. She was a young girl who doctors confirmed had died from fever while her parents were away. [Her father] spent the night in prayer to see if the Lord would raise her. Evelyn threw off her sheet in the morning, full of renewed life, and asked for ice cream!”

Jenny Yang, World Relief’s vice president of advocacy and policy and coauthor of Welcoming the Stranger, says, “Her love for refugees, for the church, and for her Lord were contagious. Her impact on the lives of those who are vulnerable will be felt for generations to come.”

“It’s not the loss that overwhelms us,” her son Thomas wrote in a tribute on Facebook. “It’s the thought that we had the honor of knowing, seeing, and experiencing what it’s like to live with a Hebrews 11 hero of the faith.”

Watch the video below of Evelyn describing God’s confirmation of her call to return to Vietnam.