A Life Full of Miracles 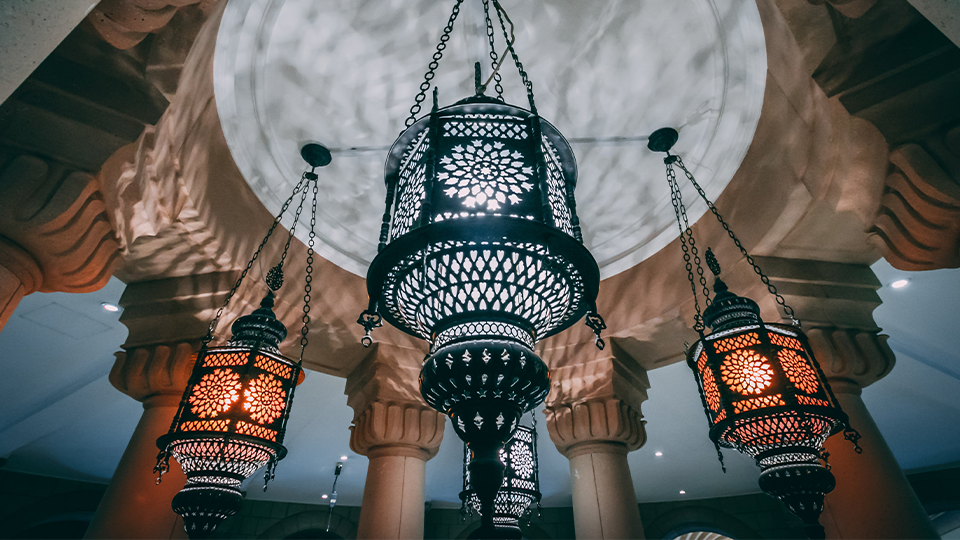 My daughter, Patty, and I heard the music as soon as we came out of the auditorium at the 2013 General Council in Tampa, Florida. I have learned many languages over the years, but Arabic is imbedded in my gut.

I did a “ululation”—a high-pitched trill used at weddings—and they came running. It was the newly formed C&MA Arabic-Speaking Association leadership team.

“Breaden! Your daddy won my grandfather to the Lord,” one said. Another exclaimed, “My whole family found the Lord from your dad and your mother!” A woman said, “Your mother won my grandmother to the Lord!” We were all crying, laughing and singing at the same time. I had never met any of them before, but they were my people.

If it hadn’t been for the decision the Board of Managers made back in 1922 to bend the rules governing missionaries, where would I be today? Where would these people be today?

I grew up in a “miracle home”—a home where miracles happened every day.

When my parents, George and Lola Breaden, fell in love, he was about to become the president of a company in Greenville, Ohio, that made manhole covers for all of that state plus Indiana. It was owned by my grandfather, and since Daddy was the oldest, he was going to get that important job and become a millionaire.

But one day Daddy decided to go to a service held behind a shoe store. It was a little cell group of Alliance people, and someone stood and said that Arabia was closed to the gospel. That’s all Daddy needed. “I’ll open it!” he said.

His father was less than pleased: “You’ve lost your mind; I disown you.”

Daddy told Mother, who said, “I never thought you would ask!” She was a dainty little sweetheart, a school teacher who also played the piano for silent movies. They decided to go to the Missionary Training Institute in Nyack, New York.

They were doing well until one day Mother said, “George, we’re going to have another baby.” The C&MA had a rule back then that anyone with more than two children could not go to the mission field, and Mother and Daddy already had Miriam and Marjorie.

Daddy was devastated, so he wrote to the Board of Managers: “God has called me to Arabia. Please make an exception. Please have mercy.”

The answer took a long time coming, but when he finally got the response, he couldn’t open the envelope. “I am not willing to stay in America,” he said. “Arabia waits for me.” He went to the chapel and called Orville Brooks, a dear family friend. They prayed and prayed, and then Mr. Brooks said, “Can we go now?”

“No, I’m not willing to stay in America. I cannot, cannot open this letter!” Then he prayed on and on—one hour, two hours, three hours.

Mr. Brooks was boney, and his knees were hurting. “Can’t we open the letter yet?”

“When I’m willing to stay in America, I will open this letter,” Daddy said.

Finally, after a long, tearful time, he slit the envelope. The letter said, “We have decided to make an exception, and you may go to Arabia.” Daddy was thrilled. When school was out, he made plans to go back to Ohio and sell not only his house and his cabin at Beulah Beach but also his belongings and his car.

Everything was packed so we could catch the train back to Greenville. While Daddy loaded the car, Mother took care of me (the baby), and Miriam watched Marjorie. There was an oil painting on the wall of the rented house, so to entertain Marjorie, Miriam took a long stick and whacked it against the canvas as she pointed out objects in the scene. Soon, there were holes all over that beautiful picture.

Daddy had set aside fifty dollars for our tickets to Greenville; that was all the money he had until the house sold. He went to our landlord and said, “We destroyed your painting. How much is it? I want to pay right now.” The owner said, “Fifty dollars.” Daddy pulled the bills out as though he had a thousand of them and handed the man the money.

Without one cent in his pocket, Daddy said to Mother, “Hurry up, hurry up! We are going to miss the train.”

“George, are you crazy?” she said. “We don’t have money for the tickets.”

At the station, they pulled everything out into the lobby, and we lined up on the bench, waiting for Jesus to do something. Suddenly a lady walked by and said, “Oh, what a beautiful baby! Where are you going?”

“We are going back to Greenville, Ohio, and then to Arabia,” Daddy said.

“Would you mind if I bought your tickets for you?” she asked.

All my life, this has been the truth: God has shown His great love for His servants.

Daddy wasn’t happy in Jerusalem, Bethlehem or Beersheba; that was “big time.” He wanted to be at the end of the line, so that’s where we always were. We lived in Ma’an, in what was then Transjordan under the British Mandate.

Early one Sunday morning when I was seven years old, Mother and Daddy realized that I was seriously ill with paratyphoid fever. We were on vacation in the Shimlan Mountains of Lebanon with no medical facilities. They called Louise Fritz, a registered nurse who happened to be in the area, to watch over me as they dashed out to plead for prayer. They knew the churches would be having Sunday morning services so they spilt up and entered every church, interrupting the service and asking the people to stand with them in prayer for healing.

While they were gone it appeared that I had slipped away. Mrs. Fritz laid on top of me just like Elisha and the Shunammite boy—her hands on my hands, her feet on my feet and her head on my head—and begged God to let me live until my parents returned.

When Daddy and Mother came back, they rushed me down the mountain to the American Hospital in Beirut. Dear Mr. Brooks, now a fellow missionary and prayer warrior, was with them. They were too late. My tongue was stiff, and my pupils were fixed and dilated. The doctors pronounced me dead; to make sure, they cut my foot and arm and saw that there was no blood flow.

The doctors and nurses wanted to remove my body, but Daddy insisted they leave me in the room. “We would like to pray for her all night, and if God decides to not raise her from the dead, you may take her in the morning.” So Daddy, Mother and Mr. Brooks prayed through the night. Early Monday morning, I threw back the sheet that was covering my face and sat up in bed. God had answered in a miraculous way!

Marge and I went to a British school in Jerusalem. Once, when it was time for Christmas break, Mother said, “I am afraid you can’t come home this time; there’s a demon-possessed woman in the guest room.” People would bring their demon-possessed relatives to the house, and my parents and the other missionary would put everything aside and pray them through. “We have only the mattress in there because she has torn everything up,” Mother added. “We pray a couple of hours a day for her and are claiming God for complete deliverance since He has already delivered many people.”

When our parents said we couldn’t come home, Marge and I threatened to walk, so they relented and hired us a driver.

Daddy was a big man, but this woman had dragged him across the floor. They found that she was very afraid of sticks, so when we got out of the car, they gave one to each of us. That woman never came near us as long as we had those sticks in our hands, so it was quite a Christmas. However, she was marvelously delivered and then sat at Daddy’s feet learning Scripture so she could be a Bible woman worthy of the title. She became a wonderful Christian.

All my life it’s been that way, and it’s still going on! We had some really scary times, but it was just fantastic. I wouldn’t give up one day of my life or want to change it, because God has done a miracle in my life and I saw miracles—instant healings—almost every day.

When I came back to life, the first thing I said was “I want some ice cream.”

As an Alliance church member you can join the 140-year legacy of Alliance Life Magazine and get exclusive stories and articles delivered directly to your mailbox. Click here to request your free subscription!