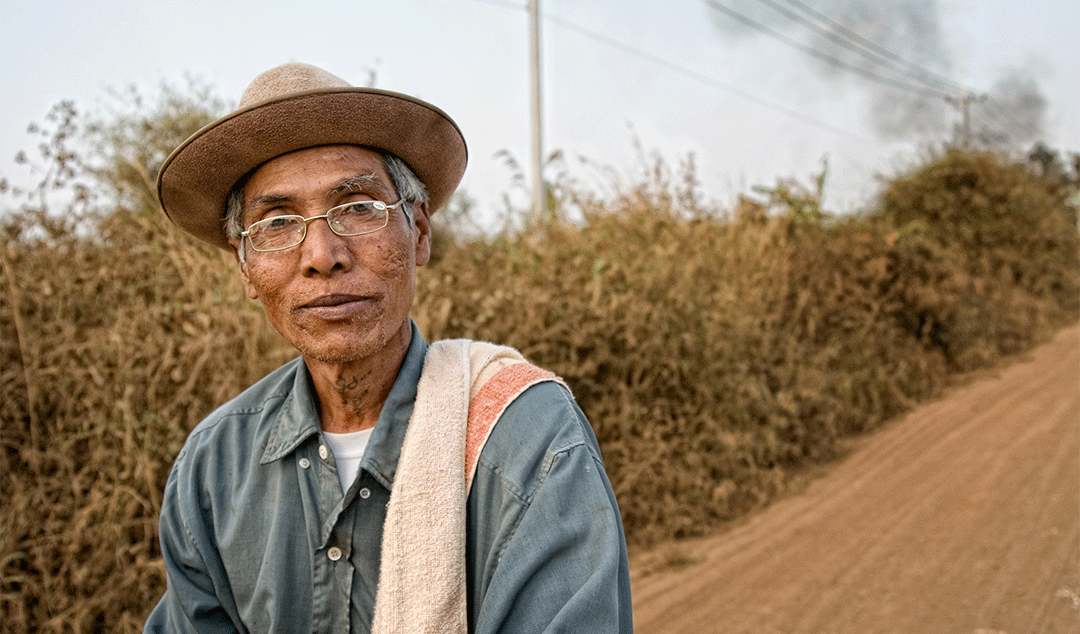 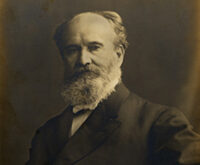 The 30-something pastor had spent long hours on the city’s docks, evangelizing to the immigrants arriving by the boatload at that time. Scores had put their faith in Christ; however, Simpson’s wealthy parishioners didn’t want the unrefined new believers attending their church. Grieved, the husband and father of five sensed God calling him to leave his high-paying position and start a world missions society to make his beloved Jesus known to the “neglected masses.”

Within just a few years of that humble gathering, the energetic pastor and his small band of followers planted the Gospel Tabernacle in the heart of the city, a church home for people of all ethnicities and social classes who were coming to Christ through Simpson’s evangelistic campaigns.

Gospel Tabernacle outreach to the city’s ostracized—including soup kitchens, orphanages, rescue missions, language classes, and healing homes—ignited within Simpson and the growing fellowship a passion to take Jesus’ loving message to distant lands where “Christ’s name has not been named.” To prepare those called to overseas ministry, A. B., as his peers called him, opened the Missionary Training Institute—the first North American Bible college.

A. B. never intended to start another Protestant denomination. His vision is evident in two organizations he formed in 1887: The Christian Alliance—a society of believers devoted to experiencing the “deeper life” in Christ and fulfilling His Great Commission—which became the parent body for the Evangelical Missionary Alliance, focused on mobilizing Spirit-empowered Christians to serve in overseas missions. The two groups merged in 1887 to become the International Missionary Alliance.

Through his deep encounters with Jesus, including a miraculous physical healing, A. B. wrote The Fourfold Gospel—a summary of the depths of grace and love Jesus provides us as our Savior, Sanctifier, Healer, and Coming King. This work ran like “a rich vein of gold” throughout his preaching and teaching. It is the foundation for the “deeper life” Simpson was passionate for every believer to experience—greater intimacy with Jesus that overflows in daily and Holy Spirit empowerment to overcome personal sin and fulfill God’s plans and purposes.

Members of early Alliance congregations, called “branches,” were from mainline Protestant denominations. Together, they pursued the deeper life, ministered in their local communities, and sacrificially gave to Alliance foreign missions. By the late 1800s, the fledgling missions society had sent 180 workers overseas—two-thirds of them women—and opened 12 new foreign fields to gospel access.

Before his death in 1919, our “poet-preacher” founder had penned 101 books as well as countless periodicals, articles, and curricular. He also wrote 172 hymns in which The Fourfold Gospel theme was woven throughout the lyrics—Alliance people of the day were known for singing their theology. 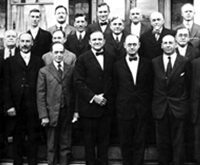 After Simpson’s passing, Dr. Paul Rader, a dynamic evangelist and pastor, was chosen to lead the burgeoning missions society now known as The Christian and Missionary Alliance (C&MA) or The Alliance. During this era, the “tabernacle strategy” was popular. C&MA tabernacles sprung up in many U.S. cities and across Canada.

And while the Great Depression and World War II impacted The Alliance, expansion into new overseas mission fields continued. Great risks and sacrifices within the movement during this period were embodied in the life of pioneer Alliance missionary to Asia, Robert A. Jaffray.

“Do you ask, ‘In view of the terrible economic depression of today, dare we go forward in these new fields and commence new work?’ Yea, rather may we ask this: ‘Dare we, in the face of the command of the Lord Jesus and in the face of the encouraging miracles He is working in our behalf, hesitate for one moment?’”

Jaffray would later die in a Japanese prison camp just weeks before the end of World War ll. 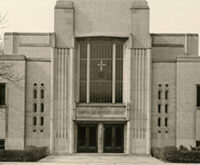 Following World War II, the C&MA continued to expand locally and globally. Tabernacles were exchanged across North America for traditional church buildings. In 1974, the C&MA officially declared itself a denomination and underwent a sweeping organizational restructuring. During this period, Dr. A. W. Tozer and Dr. Louis L. King had great influence upon The Alliance.

Dr. King, a former missionary to India, headed efforts to implement The Alliance indigenous church strategy—a move to develop each overseas C&MA church to become self-supporting, self-propagating, and self-governing. Tozer, considered by some to be a modern-day prophet, pastored the Southside Alliance Church in Chicago for 30 years. In 1950, he was appointed editor of the Alliance Weekly magazine, now  Alliance Life, the official publication of The Alliance. Among the more than 40 books Tozer authored, The Pursuit of God and The Knowledge of the Holy are considered Christian classics. 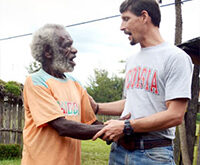 Since the mid-1970s, the C&MA in the United States and Canada has become increasingly multicultural, beginning with the influx of Southeast Asian refugees following the Vietnam War. Over the years, U.S. Alliance churches have embraced, discipled, and equipped many immigrants from around the world who have since returned to their home cultures with a burden for the lost. Our heart for the nations has resulted in the U.S. Alliance becoming one of the most diverse evangelical churches in America.

Today, the Alliance family continues in the tradition of the Gospel Tabernacle outreach in New York City, ensuring more and more people can know Jesus cares for us all—body, soul, and spirit. We plant churches and build and administer schools, clinics, hospitals, community centers, retirement centers, and radio stations. We also partner with other churches, governments, and non-government organizations to extend care and practical support—in the name of Jesus—to families who have been devastated by disease, poverty, political turmoil, and natural disasters.

Local Alliance churches provide the foundation for our worldwide mission through prayer and sacrificial giving to the Great Commission Fund. Since its founding, our North American family of churches has launched over 8,000 missionaries into more than 80 nations.

The Alliance mission and vision are rooted in the call to a deeper life in Christ formed during our early days, which continues to fuel our call to “go” wherever and whenever God leads.