You Should Have the Audacity

Prayer is the primary way we participate with God’s work in the world, and Jesus invites us to have the audacity to be bold in prayer. 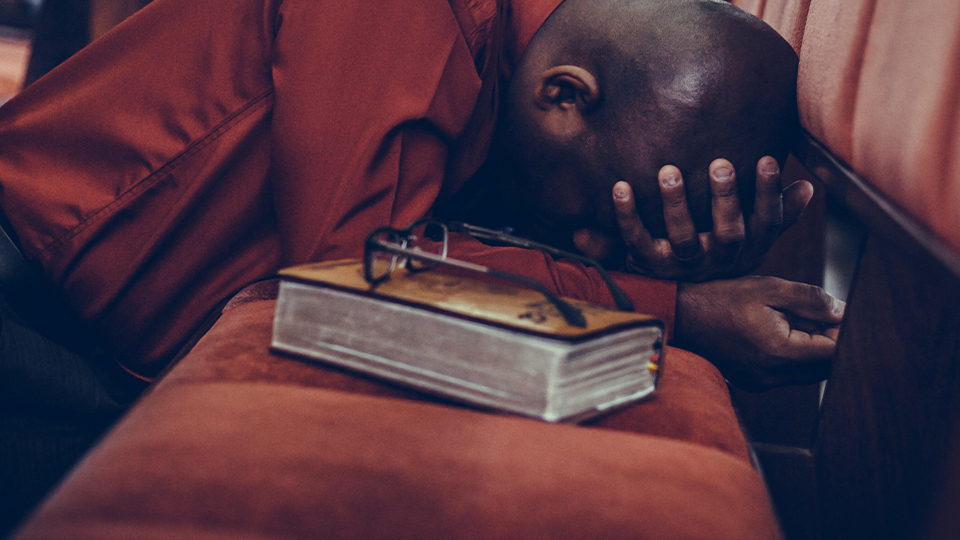 Recently, we’ve seen the images and heard the stories coming out of Afghanistan as the Taliban seized control of the country. We’ve been reminded of the devastation of massive storms hitting Haiti and our country’s coasts. We’re seeing a resurgence of COVID-19, and with it, increasing socio-political divisiveness that seems to permeate our society, both inside and outside the church. Everywhere we turn, we’re confronted by pain, disease, injustice, and other forms of the world’s brokenness on vivid display. It’s easy to feel overwhelmed by it all, and powerless to make a difference.

But not one of us who is in Christ and has His Holy Spirit is without power. We have the power of God and the privilege of prayer.

The Art of Asking

In Luke 11, we encounter Jesus’ teaching on prayer. Though most of us have the Matthew 6 version of the Lord’s Prayer committed to memory, we see the same core components of prayer here, too:

But Jesus goes further in shaping our prayers through one of His most amusing parables:

He also said to them, “Suppose one of you has a friend and goes to him at midnight and says to him, ‘Friend, lend me three loaves of bread, because a friend of mine on a journey has come to me, and I don’t have anything to offer him.’ Then he will answer from inside and say, ‘Don’t bother me! The door is already locked, and my children and I have gone to bed. I can’t get up to give you anything.’ I tell you, even though he won’t get up and give him anything because he is his friend, yet because of his friend’s shameless boldness, he will get up and give him as much as he needs.” (Luke 11:5–8, CSB)

What provokes the friend’s abundant provision? The audacity of the one who asks. This is the very basis of Jesus’ encouragement for His disciples to ask, seek, and knock. When it comes to prayer, Jesus is giving us permission to engage with God in persistent petition. This is the heart of intercessory prayer.

The apostle Paul draws a connection between the intercession of the Church for all people and the delight of God (1 Timothy 2:1–4). In other words—ask! Petition! Intercede for everyone! Why? Because it is good and pleasing to God. He loves to respond to our shameless boldness—not because of anything we’ve done, but according to His abundant compassion (Daniel 9:18). What’s more, God has given us His Spirit to empower us in prayer, helping us petition Him from the depths of our souls even when we’re at a loss for words (Romans 8:26).

Prayer is the Primary Work of God’s People

The primary way we join with God to see His Kingdom advance on earth is through prayer. This isn’t just lofty language, but has been lived out in The Alliance from the very beginning of our movement. Why do we believe this? Scripture repeatedly teaches us that prayer is a powerful means for effecting change.

Skye Jethani puts it this way:

We are not merely passive set pieces in a prearranged cosmic drama, but we are active participants with God in the writing, directing, design, and action that unfolds. Prayer, therefore, is much more than asking God for this or that outcome. It is drawing into communion with him and there taking up our privileged role as his people. In prayer, we are invited to join him in directing the course of his world.

In the moments when we feel the most overwhelmed by the brokenness of our world, may we have the audacity to intercede before God:

Let us pray like Jesus did with the persistence that Jesus urged. This is how we’ve been invited to participate in God’s renewal of our world.

Start off 2022 by joining us in 40 Days of Prayer. Look out for registration, which opens at the end of October!