The Wonder Inside You

Overcoming darkness through our identity in Christ 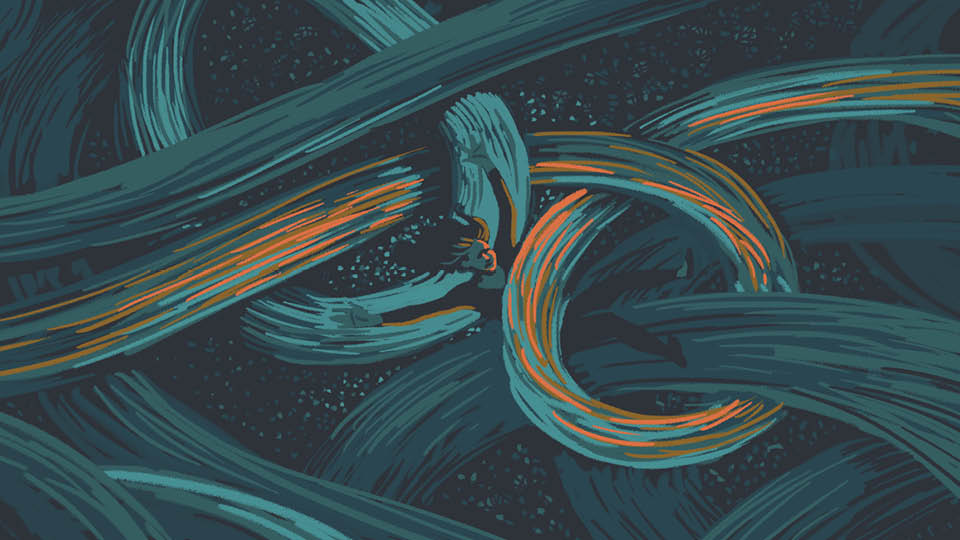 by Terry Wardle, excerpted from From Broken to Beloved

I was sitting in my office midmorning handling routine paperwork when I heard the senior pastor of First Presbyterian Church, Mike, asking my assistant if I was in. As he rounded the corner, I realized this wasn’t a social call. His face was dark and drawn, his eyes a pool of sadness and grief. What Mike told me that morning seemed straight out of the theater of the absurd. Incomprehensible. Shock, sadness, and anger collided in a sudden explosion of disbelief in my heart.

A strikingly lovely member of our community had died that morning—at her own hand.

This beautiful, bright young woman was only 27 years old. A star athlete while in college, she had worked in campus ministry at our local university, loving students and pointing them toward the beauty of Christ. Students invariably described her with words like safe, encouraging, accepting, compassionate, and attentive.

But there was another truth about her. She could never see the wonder inside herself that was obvious to everyone else. She obsessed on what was broken, unable to grasp just how beloved she was by God and countless others.

How can it be that God’s children, who daily host the presence of God’s Spirit in their lives, struggle with issues of self-worth and self-image?

A Dark Harmony of Voices

There is an all-out assault aimed with laser-precision at God’s beautiful children. This assault is often accompanied by undetected background music, a screeching harmony comprised of four ugly voices constantly screaming, “You don’t measure up!” “If people really knew you, they would reject you!” “You’re fundamentally unlovable!”

This off-key composition of darkness is louder some days than others but serves as the score that daily sets a destructive emotional landscape to many people’s lives—Christians most of all.

The first voice in this four-part harmony belongs to the evil one. He sings lead. Every day, in countless ways, Satan and his minions work to steal, destroy, and, in some cases, kill God’s beloved children. The prince of darkness hates God’s light and is hell-bent on stomping it out, especially when he sees it in the hearts of those who belong to God. He has declared war, and people made in God’s image are ground zero. Too many of God’s own do not recognize the fight or know how to combat the assault. They simply limp ahead in step with the music of the night.

Second, many of us sing right along, adding our own voices to the refrain. Self-judgement and self-contempt are rampant in the community of Christ. When the night is dark and the wind is howling, we define ourselves by frailties and struggles, sure that something is fundamentally wrong at the core of our being. Over time, we wish we were something other than who we believe we are, and by echoing self-contempt, we become active participants in our own diminishment.

Then there is the third voice. It is little wonder that we struggle in a world that constantly communicates, “As you are, you are not enough—not enough for love, to belong, or to be secure.” This not-always-subtle message can come from friend, family, and foe. In response to the beatdown, we fight to measure up, desperately driven by the chronic belief that we must become more or else be left out of the best parts of life.

Hearing that it’s all a lie doesn’t seem to be enough to banish these negative thoughts. Because this background music has been sung in our heads for so long, the music seems to be part of who we are.

The fourth voice makes me the angriest. The world’s put-down culture has leaked into the church, and it is too often preached from the pulpit and splattered all over the pew. The community of Christ becomes victim to a harsh gospel that propagates a creed of worthlessness as the pathway to a relationship with God. Instead of a genuine expression of the breathtaking truth of transformation that is ours in Christ, this harsh gospel leaves everyone gut-punched and sucking for air.

I have struggled with these destructive tones myself and have sat with countless brothers and sisters in the faith who, in private moments, have confessed the same. It can be exhausting. They dare not say much about the struggle in church gatherings for fear of being faith-shamed. But the battle is real and the toll more than some can bear.

These are good people—good people who have one significant vulnerability: They do not behold the wonder present within themselves. On an intellectual level they may confess that they are new creations in Christ, but they cannot see beyond their own brokenness to the beauty of their true selves. That leaves them wide open to the song of deception and destruction, wooing them toward the rocky shore that will break their lives apart and send them to the bottom where despair and desolation take over.

The background music of our lives matters greatly because it sets the tone for how we live. We must stop allowing the four-part harmony of darkness sung by the world, the devil, ourselves, and the church to form the musical canvas on which our stories unfold.

Beneath my anger at what is being robbed from God’s people arises a new song of hope. That hope is not based on the naïve notion that evil will soon back away from its strategy of deception or that the world will change its tune or that the church will entirely turn from its sad fascination with a harsher gospel.

Hope in the truest sense of the word comes from the belief that God Himself will break through this darkness if we cry out to Him. It is not in our power alone to reverse this trend toward self-judgement. But if we cry out to our Heavenly Father, the Holy Spirit will bring a great awakening. He will give us eyes to see the wonder of our new nature in Christ and ears to hear the eternal song that declares that we are the masterpiece of God Himself.

You see, there is another melody being sung about us that can be heard only through spiritual awakening. It is the song the Father sings over us, spoken of in Zephaniah 3. They lyrics speak of His everlasting love and of our individual worth and inestimable value. God speaks of His longing for us and promises His care, protection, and love. He declares before heaven and earth that even previous shame will become a place of praise and honor. The Father sings of rescue, gathering, and bringing His children home to himself.

This grace-saturated melody is not only written in Zephaniah but is also spread across the pages of Scripture. In the book of Ephesians the expressions chosen, sought after, lavished upon, protected, held firmly, and protected as his through the end of time (NLT) are carried by the melody of God across time, revealing how He truly feels about His children. This is how He feels about you and me, people He calls His masterpiece (see Ephesians 2:10).

Awakened and alive in Christ, we will be able to combat the voices of darkness not with mere concepts about our value and worth but with deep conviction about who we really are. We will have seen and touched the light of Christ inside us and will never be the same. By God’s grace it will be an ongoing awakening each day, each week, each month, each year as we internalize the truth of who we are in Christ until that dark harmony of desolation no longer comes to mind.