The Urgency of Preparedness and Responsiveness 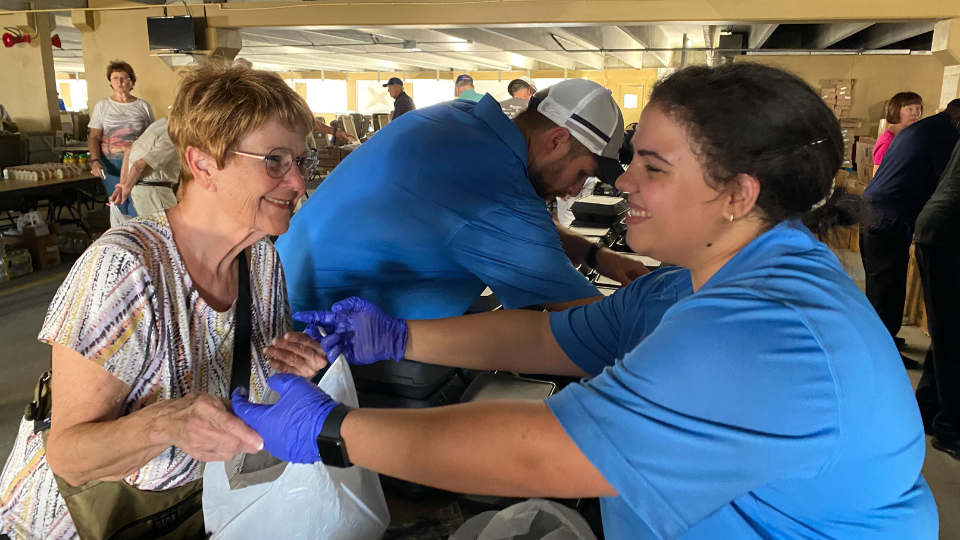 by Lynn Schneider, Shell Point’s Director of Marketing and Communications

On September 28, 2022, Hurricane Ian struck Fort Myers as a Category 4 hurricane with winds of almost 150 miles per hour and a storm surge of three to 12 feet. Residents of Shell Point Retirement Community rode out the storm in two shelters designed for this purpose. Here is their story.

While Hurricane Ian advanced in the Gulf waters off Southwest Florida, the management team of Shell Point Retirement Community was putting its hurricane preparedness plan into action. “The path of Hurricane Ian was unpredictable but there was an increasing chance that it was coming our way and we wanted to be ready,” said Martin Schappell, president of Shell Point. “Our consulting meteorologist was carefully watching the storm for several days, keeping us informed of its progress and projected path. During this time, we began putting our hurricane plan into effect and making the preparations for what turned out to be a direct hit.”

On Tuesday, September 27, Shell Point staff began moving residents into two separate on-campus, hurricane-rated, Lee County Emergency Operations-approved shelters. The Hurricane Shelter located in the garage on The Island of Shell Point was the location for independent living residents. Residents from the three assisted living facilities were moved into the skilled nursing floors of the new Larsen Health Center located in the Waterside neighborhood at the entrance to the community.

Within the shelters, on-site Coordination Centers were staffed by dual Command Teams comprised of department representatives from Administration, Safety, Healthcare, IT, Finance, Facility Operations and Maintenance, Amenities, Human Resources, Security and Communications. Throughout the hurricane, teams remained in contact with each other and the Lee County Emergency Operations Center through short-wave radio.

In addition to the approximately 2,000 residents who took shelter in the two buildings, Shell Point staff also moved in, many with their families. A special shelter was also set up to keep the pets of residents safe as well.

“Our staff here at Shell Point are dedicated to the residents they serve, and I am proud of how many worked in the shelters throughout the storm to serve our residents,” said Christy Skinner, vice president of healthcare. Well over 200 staff, including medical doctors, two nurse practitioners, and a cadre of nursing staff were on hand throughout the entire event.

On Wednesday, September 28, Hurricane Ian had become a massive storm with sustained hurricane-force winds that spread across 80 miles— nearly double the size of Hurricane Charley in 2005. Due to its size and strength, the hurricane moved slowly across the region, leaving tremendous damage in its wake.

On Thursday, September 29, residents awoke to a community that no longer resembled its former self. Residents continued to shelter as teams conducted an immediate post-storm assessment, which revealed the Shell Point campus sustained considerable damage from Hurricane Ian. Downed trees and landscaping debris, broken utility poles, overturned cars and boats, and battered buildings created a surreal scene. After the howling winds of the storm, the silence was surprising, but it did not last long because a second group of Shell Point staff began returning to work to immediately begin the cleanup and restoration process. Staff began working diligently to get the community back into shape. Due to the storm surge, many buildings were flooded. Significant repairs are underway, some of which could take months.

Most residents were able to return to their homes, but all of Shell Point was without water and power for several days. Residents whose homes were uninhabitable were housed in rooms in the former Pavilion skilled nursing center. The entire community banded together as neighbor helped neighbor and Shell Point staff were everywhere providing food and bottled water.

“Hurricane Ian was a devastating event that resulted in catastrophic damage across our 700-acre campus,” notes Martin. “Nevertheless, we could feel God’s presence and protection as we walk throughout the campus and we will continue to rely on His strength during the recovery process.”

Rebuilding efforts are in full swing across the campus.  Approximately 250 homes that experienced water damage have started to be remediated.  Depending on the level of water penetration, the remediation process may include removing flooring and drywall to ensure the units are fully restored.

“While our community has experienced catastrophic damage, we will rebuild as quickly as possible and return all residents to their homes and have all amenities, programs, and services available,” he said.

“There is no minimizing what we have individually and collectively experienced over the past two weeks.  We were sheltered together for 48 hours while an historic hurricane battered our campus.  We have witnessed the damage of the wind and water to our landscape and buildings.  We have relied on our physical and emotional reserves to persevere with no water or electric.  We have survived trauma that words cannot fully capture.

“After tragedies like this, it would be a shame to not reflect on lessons learned.  While we certainly have notes on improvements to our hurricane plan, I am far more reflective of the lessons learned about our community, our residents, and staff.   I already knew that the foundation for the culture at Shell Point was based on our mission and core beliefs of life, love, stewardship, and integrity.  However, I learned that this culture has indeed permeated all levels of our community as our residents and staff demonstrated that they were “dedicated to the service of God and the care of His people”.  I already knew how gracious and supportive our residents are.  However, I learned how compassionate, appreciative, and resilient they are too.  They cared for one another, encouraged one another, and are helping one another cope.  I already knew that we had the best employees.  However, I learned how dedicated and loyal they are as they sacrificed the comfort of their own homes to be with our residents.  Many of our staff lost their homes and cars yet they continue to be here to care for and serve each resident.  Our staff love our residents.  I am truly proud to be a part of the Shell Point family.

“While these next few months will bring many challenges as we restore our community, we choose to be grateful. To God be the glory for His grace and hand of protection over our community, our residents, and staff. He is faithful!”