The Impossible Made Possible 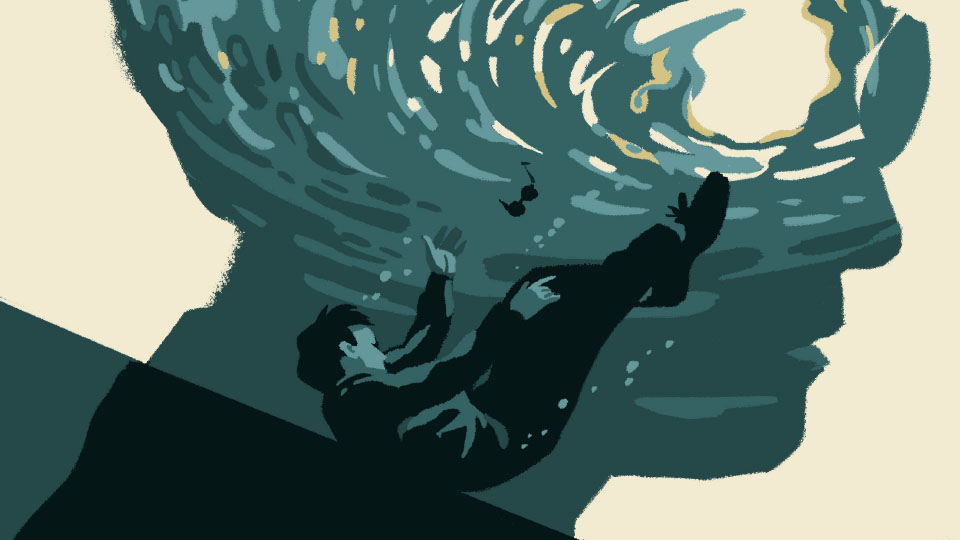 In October 2021, I had the privilege of attending the Alliance World Fellowship in Ecuador. During the hour-long bus ride every morning, I was introduced to a pastor from a Middle Eastern country who told me a story of God’s powerful work among his people.

This man, John,* was practicing his majority religion and had been stealing Christian videos to keep them out of the hands of their “weaker brothers.” But one day, John watched one of these videos, which led to him putting his trust in Jesus. Evangelism is illegal in his country, but John does it anyway. He is often detained by authorities, but he still faithfully pastors five house churches. People of the majority religion in his country are hearing the gospel and coming to faith in Jesus Christ.

One young lady often snuck away from her family to come to the house church and soon experienced salvation. When her mother found out about this, she made her daughter take her to the church to “set these Christians straight.” Instead, she, too, came to saving faith in Jesus.

Sometimes we struggle to believe that anyone will listen and respond in faith to the gospel in our own cultural context. We may even wonder if evangelism— proclaiming Jesus’ gospel to lost people— will work in the adverse conditions we face. However, if the gospel is bringing people to salvation in places where evangelism is illegal, surely it still works in our cultural context as well.

Salvation is a divine work of God, and He is still calling us to engage in the work of evangelism with a sense of hopeful expectation and gives us the privilege of participating with Him to see the impossible happen.

The Doctrine of Lostness

As we dwell on Jesus Christ our Savior and His miraculous work of saving the lost, we should focus on Luke 18:26–27: “Those who heard this asked, ‘Who then can be saved?’ Jesus replied, ‘What is impossible with men is possible with God.’”

The need for people to be saved implies their lostness. Grasping the lostness of people apart from Christ is essential to understanding Jesus’ saving work, as well as the need for evangelism and missions. Before any of us came to faith in Jesus as our Savior, we were lost. To be lost is to be separated from our Creator and His life. To be lost is to not know where we are going or how to get there. To be lost is to live in darkness and hopelessness. All of us once lived in that state, and everyone around us who does not know Jesus as Savior continues to live there. If we weren’t lost, we would not have needed to be saved.

Generally, there are two objections that Christians (and others) tend to raise to the doctrine of lostness. The first is this: “My neighbor is a good, nice person.” Lostness isn’t about whether someone is bad or mean; some lost people are genuinely kind. Lostness is about being separated from God because we haven’t embraced the Savior He sent for us.

The second objection to lostness is: “What about the person who has never heard?” Some people have never heard of Jesus so they don’t know the gospel or the way of salvation. Aren’t they saved—won’t they spend eternity with God because of their lack of knowledge?

Aren’t there some who have an excuse for not believing because they’ve never heard the gospel of Jesus Christ? This is the kind of person Paul talks about in Romans 1. In verse 20, he responds that everyone is “without excuse” because we all have access to a revelation of God as we observe the world He has created.

What we read in the Book of Acts confirms that if a person responds to the spiritual light they can see, then God in His gracious sovereignty will make sure they receive an adequate revelation of Him and His Son, Jesus, so they have an opportunity to believe.

For example, in Acts 8, the Ethiopian eunuch responded to his incomplete understanding of God, and God made sure the gospel was brought to him through Philip. The eunuch believed and was saved.

Even in our own history, God has been faithful to bring the gospel to people who had already responded to Him with the small revelation they had. When early Alliance missionaries to French West Africa would arrive in an unreached village, the villagers would say, “We knew you were coming. Tell us the message of God.” These people understood that there was a Creator and that, in His sovereignty, He had led missionaries to them to proclaim the gospel so that they would believe.

If people were saved by their lack of knowledge about the gospel, then we should call our missionaries home. We shouldn’t enlighten them further for fear that they will know and not believe. Obviously, this contradicts Matthew 24:14, Matthew 28:19–20, and every other passage where Jesus places the mandate on us to go to those who have never heard and make sure they have the opportunity to believe. They are still lost and need to be saved.

That’s what drives us to send our missionaries to dark and sometimes dangerous places. It’s why 80 percent of Alliance international workers are in the least-reached places of the world. Billions of people are lost, and they need to hear of Jesus so they have the opportunity to believe.

Luke 18:27 reminds us that salvation is humanly impossible. We can’t save ourselves. Anyone who believes (like the rich young ruler in Luke 18) that they have perfectly lived up to God’s commandments is deceived. Paul says, “There is no one righteous, not even one . . . for all have sinned and fall short of the glory of God” (Rom. 3:10b, 23). We cannot reverse our unrighteousness and sinfulness in the face of a holy God by our own efforts. We cannot save ourselves—or anyone else.

By our mere human effort, persuasiveness, and ingenuity, we will never convince anyone to believe. No matter how hard we try or what human regulations or reform we try to impose on other people, we can’t change a life. Salvation is not a human work. Rather, it is a divine work, and it requires the intervention of the Triune Godhead.

Through the work of His Son, Jesus, God is able to save. Speaking of salvation, Jesus said, “What is impossible with men is possible with God” (Luke 18:27). The sacrifice and shed blood of Jesus are sufficient for anyone who will come to Him by faith.

In God’s redemptive plan, He sent His Son into our world as one of us—born miraculously, lived sinlessly, died vicariously, and rose victoriously. In Jesus’ death on the cross for our sins, He did all that needed to be done for the salvation of lost people. Through Jesus Christ our Savior, God has made the way for the impossible to be done—for people to be rescued out of their lostness, to be saved, forgiven of sin, reconciled to God, and given the gift of eternal life. This is true even of those we deem to be the most impossible cases.

In reality, all of us were impossible cases, yet the Lord saved us. Some seem to us like they are more impossible, but don’t give up and cross them off your prayer list. Jesus Christ our Savior can still do His miraculous work in them, change their lives, and change their eternal destiny. May we be willing participants and say with Paul: “For I am not ashamed of the gospel, because it is the power of God that brings salvation to everyone who believes” (Rom. 1:16).