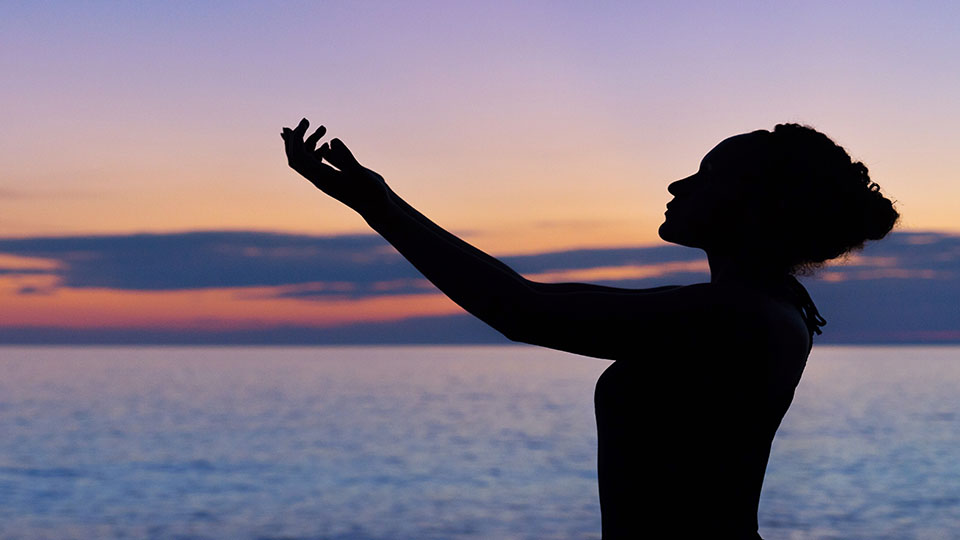 by an Alliance international worker serving in West Africa

Nafi* lives in West Africa with her husband’s family. Her husband, who has a second wife, left to live in Spain for work. Because of this, Nafi has a very hard life trying to provide for her five children and works as a maid and cook in order to support her family.

Nafi said she never knew anything about Jesus, and she had never thought to follow Him. She had some family who were Catholic, but mostly, her family was of the majority religion. She went to a couple of prayer meetings with a monk in her village right before I met her.

In December of 2020, I was going through a really hard time and needed to get away for a couple days to pray and get refreshment from Jesus. I stayed at the place where she was working at the time, cleaning the house and cooking food. I remembered her singing a song that said “hallelujah” in it, so I asked her if she was Christian, and she said that she was part of the majority religion. She is Serer, an ethnoreligious group, and told me this was a song she heard in the Serer language.

I didn’t talk to her much between then and March of 2021 when she stopped by my house to say hello. At that time, I was at the end of being in bed, having been sick with COVID for nearly two months. We didn’t have any help at home because our other worker was sick at the same time as me, so I asked her if she could come work for me. As a large family in Africa, it’s necessary to have house help because there is so much work to do here in order to live.

She started working for us in April and began doing worship and prayer times with me and another local girl. We read the Bible, pray, and watch testimonies or Bible videos together and then discuss what we learn. I have demonstrated Bible stories—with skits—to her in the past as well. During this time, Jesus began to show up to her in dreams, healed her mom, and did other miracles, and she began to contemplate following Him.

In her first dream, two angels showed her the room that Jesus has prepared for her in heaven. All of this happened without her knowing or understanding that is exactly what the Bible says in John 14! This opened the door for me to explain to her what the Bible says about Jesus preparing a place for us. She was very touched by her dream, and after hearing what the Bible says, she was also moved.

Around November, she was working and needed to rush because she wanted to meet with the mayor. There was a town meeting that ended at 5 p.m., and she needed to leave our home by 4 p.m. in order to make it to the meeting in time. She had tried many times in the past to get water directly installed to her house, but it was always denied. This left a lot of work for her because she had to buy water from a neighbor and bring it to her home daily.

She was running behind at work, and I invited her to worship with me and another local woman, and she decided to stay. We started worship at 5 p.m., and we prayed for her, in Jesus’ name, for tap water to come, and I thanked God that even if she didn’t get tap water, Jesus is the living water, and she will have Him.

The next day, she came to work literally beaming with joy, and she recounted how she didn’t get home until 6:30 p.m., but somehow, the mayor was still there even though the meeting ended at 5. He said that she could get tap water installed, and it would only cost her $4! She couldn’t believe it. That’s when she realized that Jesus had been answering all her prayers, and she decided to give her life to Jesus and completely follow Him. She saw that there is power in Jesus’ name and that He came to save her.

*names have been changed for security purposes