Daring God to do the impossible 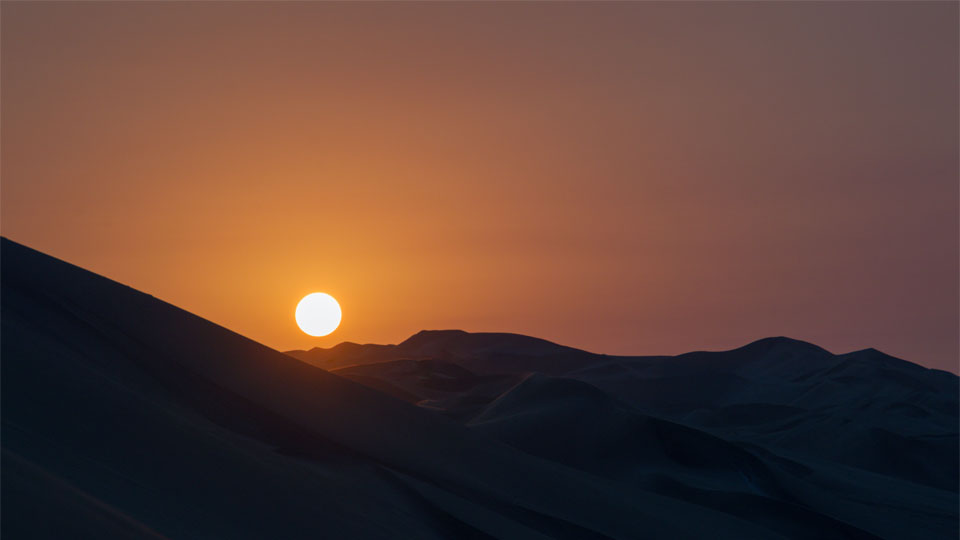 There are many great stories of faith in the Bible. However, one that stands above them all comes from Joshua 10. Having heard that Joshua had just taken the great cities of Jericho and Ai, the Gibeonites melted in fear and surrendered without putting up a fight. The five kings of the Amorites heard about their surrender and decided to march out against the city of Gibeon. And just as God had promised, Joshua and his fighting men won the battle, and this massive army fled.

As Joshua pursued the Amorites, the Lord hurled down a large hailstorm to destroy the fleeing enemy. The story could have ended there. It would have been good enough for us—not for Joshua. As daylight was fading, Joshua gathered all his men and made this one outrageous request: that God would still the sun and moon until they could avenge their enemies (see Joshua 10:12–13). What is more outrageous is that God granted this request! He stopped the sun and moon until the Israelites were able to destroy the entire Amorite army.

A Warning or an Invitation?

The story ends with this rather peculiar statement: “There has never been a day like it before or since, a day when the Lord listened to a man. Surely the Lord was fighting for Israel” (Josh. 10:14).

Is this a warning? Is the author saying this is simply a one-time event in human history that God would do such an outlandish thing? Or is it possible that this is an invitation? Is God saying that no one has ever dared Him in such a radical way before or since that time? Is it possible that God is willing to make a cosmic disruption time and again for a man or a woman who would place such radical confidence in Him?

Consider Joshua. There is not much in Scripture about Joshua’s early life except for one verse. Exodus 33:11 states, “The Lord would speak to Moses face to face, as a man speaks with his friend. Then Moses would return to the camp, but his young aide Joshua son of Nun did not leave the tent.” Joshua learned early on that Moses’ anointing came from many face-to-face encounters in the presence of the Almighty. He, too, had to learn to enter, remain, and tarry in God’s presence, believing that the same God who parted the Red Sea and fought for the people of Israel would do the same for his generation.

Consider David. When everyone said they could not fight the giant Goliath, David rescinded, saying, “The Lord who delivered me from the paw of the lion and the paw of the bear will deliver me from the hand of this Philistine” (1 Sam. 17:37). David’s confidence was not in his slingshot but in God who rescued him over and over when he was walking in the shadow of the valley of death.

The Kingdom of God has always been advancing through people who will take nothing less than God Himself as the ceiling of their faith. God is still waiting for such men and women of faith to dare Him to do what others deem impossible. This kind of faith or courage does not come from academic learning or hearing a sermon, nor is it a prayer model or script to follow. This kind of authority is only possible not because of what we know but because of who we are.

Tim Keller once said, “The only person who dares to wake up a king at 3:00 a.m. for a cup of water is a child.” We have that kind of access not because of our training, but because we are His children.

Consider my friend Kidane from Eritrea. After receiving Jesus as his personal Savior, Kidane met his wife in Ethiopia and was blessed with two daughters and two sons. Due to the conflict between Ethiopia and Eritrea, his wife and children were forced to return to Eritrea without him. After being separated for four long years, Kidane reunited with his family in Asmara, where he served as a pastor. Due to persecution, he was imprisoned for his faith from 2005–2007.

By the grace of God, he was miraculously released without any explanation and resumed serving in the local church. In 2013, due to the intensified persecution, he had to flee for Ethiopia, once again leaving behind his beloved family in Eritrea. During this time, his daughters were hunted by the Eritrean government to serve in the military and were constantly under tremendous persecution.

By God’s provision, Kidane moved to the United States in 2015 and was granted political asylum. In 2016, he joined a new Alliance church plant called New Vine Community Church in San Jose, California. The church came alongside him and prayed for his family’s release.

In 2018, our little church plant raised enough funds to arrange for two of his children to be smuggled into neighboring Ethiopia. They had to walk through the jungle at night, avoiding wild animals and government soldiers. The terrain was so treacherous that one of his children’s shoes was destroyed by the end of the three-night travel. After they made it across the border to the refugee camp, it was clear that his youngest son, who was six years old at that time, would not be able to walk across the rugged terrain. His wife and two of his children were still left behind in Eritrea.

When I asked him how they would ever reunite, his response shocked me. With peace, he gently said, “Perhaps the Lord has another way. Perhaps the Lord will deliver my family.”

Our prayers began to change. We started to pray that the Eritrean border would open. The prayer persisted for months before we began to see God move on our behalf.

When this news broke, the church erupted in joy and praise. Some said this historical event was merely a coincidence, yet our little church plant was convinced that God was single-handedly responsible for opening the border on our behalf.

We took another collection to purchase plane tickets and provide a home for his family. Kidane’s family did not have any paperwork to prove that they were his wife and children, so we prayed more daring prayers that they would be given visas and passage to the United States before Christmas. By that time, it did not take much for us to believe that God would deliver what we asked in faith. The family was reunited for the first time in five years and gave their testimony before the church on Christmas Sunday.

On December 28, 2018, Eritrea blocked the border, and it remains closed to this day. In 2019, Abiy Amed received the Nobel Peace Prize for his effort to bring reconciliation and healing between the two nations. What people may never find out is that a small church plant in California dared God to do the impossible, and He listened to His people.

Where will God find such faith? Are we even supposed to pray like this? God is looking and waiting for people to dare him just as Joshua, Caleb, David, and this small Alliance church plant did. The Kingdom of God is an enchanted reality. Natural eyes and minds cannot see it nor understand it.

What we need in this hour is not more strategies or training in how we do things better or faster. Rather, we need people with audacious faith to dare God to do the things that only He can do. And when God’s children express their shameless, matchless, and even reckless confidence in the Father, He loves to act because He is for His children.