Reflections on the 20th Anniversary of 9/11

Rev. Stephen Ko, Senior Pastor of New York Chinese Alliance Church, looks back at that fateful day, how it brought out the best in us, and why the Church has great reason to be hopeful. 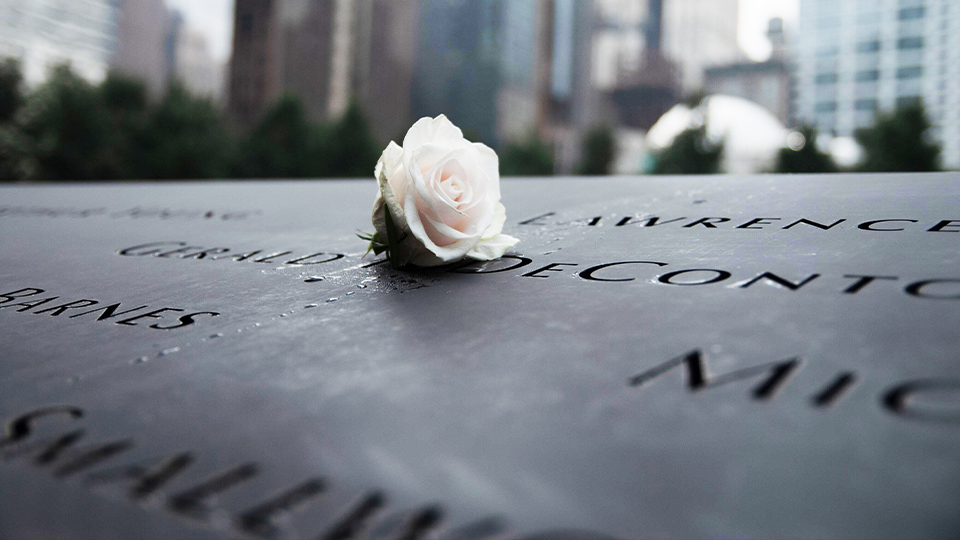 Excerpted from an interview with Rev. Ko by Charles Morris of Haven Radio.

Charles Morris (CM): Rev. Ko, this week marks the 20th anniversary of 9/11. Being a Pastor a New York Chinese Alliance Church in Downtown Manhattan, where were you that day?

Stephen Ko (SK): I was in a condominium in New Jersey overlooking the Hudson River and Lower Manhattan on that fateful day. I remember hearing sirens and commotion, which prodded me to gaze out my window to see billowing clouds of smoke hover over one of the twin towers—the other uncharacteristically missing.

As I tuned in to live TV coverage, it was surreal to see what was happening on the big screen with my own eyes. As the newscasters reported on the heartbreaking scene, I kept scanning back and forth through the windows. Then, in an instant, the second Tower fell. It was a sickening feeling to consider all the people who had perished.

CM: What will you preach on the 20th anniversary weekend? What will you say to people who lived through it and parishioners who weren’t even born and are attending NYU.

SK: Charles, we’ve been preaching through the book of Nehemiah this year. This weekend, we’ll conclude on chapter 13. It’s no coincidence that God ordained this passage for our church on the 20th anniversary of 9/11.

As I reflect on the words of the prophet Nehemiah, there are several parallels between the events in that book and those of 9/11. Both the Temple and the Twin Towers were destroyed. The Israelites were called from the Babylonian exile to rebuild the House of God, while New Yorkers eventually returned to lower Manhattan to construct the Freedom Tower. And though the Temple was rebuilt and the Freedom Tower now stands, it was as easy for Israelites to forget God and fall into sin as it is for Americans today.

But, Charles, what happened after 9/11 in NYC was awe inspiring. New Yorkers came together in solidarity and rebuilt the Tower just as the Israelites rebuilt the Temple of God. It was a time marked by humility, so contrary to the typical demeanor of Wall Street.

New York Chinese Alliance Church became a place of refuge for Christians and non-Christians. Strangers would stop by and ask if they could pray in our sanctuary. Everyone wanted to commune with God.

Police officers and firefighters became kindred spirits. New Yorkers took every opportunity to thank them for their sacrifice and service. Random acts of kindness and generosity characterized a city known more for selfishness and greed.

Secondarily, the tragedy cultivated a desire for fellowship among all New Yorkers. Everyone was convicted to spend more time with family, friends, and neighbors—sometimes complete strangers. Congregants at NYCAC cherished their time together, devoting themselves to the apostles’ teaching, to the breaking of bread, and prayer. There was a keen desire to share the love of Christ with everyone, both near and far. I suppose that’s what happens in the face of acute tragedy.

In the book of Nehemiah & Ezra, the Israelites were called back to Jerusalem to rebuild the Temple of God. It’s a story about rebuilding the House of God, but more importantly about rebuilding the spiritual lives of the Jewish people—that they would follow the laws of Yahweh while worshipping Him in Spirit and Truth.

But, what we see at the end in Nehemiah Chapter 13 are the Jewish people backsliding into sin. Even though they have reconstructed the Temple and its walls to worship God, the Israelites desecrate the Temple and defile worship on the Sabbath.

In many ways, Nehemiah serves as a mirror to 9/11. After twenty years, it’s not hard to forget what happened to many that day. It’s even easier to fall back into selfishness, egocentricity, and pride. The tragedy of 9/11 arguably brought out the best of humanity. Over time, we have reverted to our old ways. It’s a cautionary tale of the power of sin.

We are still vulnerable, not just to the dangers of the physical world but to that of the spiritual realm. It’s not necessarily what our physical eyes see, but what our spiritual eyes are missing.

It’s a reminder of just how much we need Jesus daily.

CM: Islamic jihadism isn’t over. Just look at ISIS and Afghanistan. How should a Christian think and act related to terrorism that seeks to stamp out Christianity?

SK: Charles, given the first name of Stephen, I often wonder how the Lord will call me home. Just before the martyr Stephen was stoned, he gazed into heaven and saw the glory of God, Jesus standing at the right hand of the Father. Afterward, a great persecution began for the church in Jerusalem with the scattering of many throughout Judea and Samaria.

But, what happens next is extraordinary. Those that were scattered went everywhere preaching the Word. Multitudes heard the gospel and witnessed miracles. Unclean spirits were cast out, and the paralyzed and lame were healed. Great joy erupted as Christianity flourished in the face of persecution.

As sickening as terrorism is, Christianity has always flourished in the face of persecution. Just as that oppression led to the scattering of the seeds for missions in Acts 8, modern-day persecution has led to the silent conversion of many Muslims to Christianity. In his book, “A Wind in the House of Islam,” David Garrison researched large movements of Muslim conversion to the Christian faith. By the end of his survey in 2013, he identified 69 full-blown movements globally.

They are occurring because of increased prayer, intentional evangelism, an increase in Bible translations to colloquial languages of Muslims, and greater access to the internet, satellite TV, and radio. But one common theme throughout his interviews was the trauma that former Muslims felt from the violence that so plagued their recent religious history. The shock of 9/11 was often cited.

See, just like times of persecution in antiquity, Christianity flourishes with suffering even in the present. So often, great calamity brings us closer to God.

Twenty years ago, on September 11, Rev. Daniel Leung, our senior pastor at the time, checked on everyone in the church to make sure they were safe. He was relieved that everyone he contacted, even congregants working in the Towers that day, got out safely. But, later that evening, he got a call from the parents of the one female congregant he had forgotten about. Unfortunately, she did not make it.

Daniel quickly drove to their home, sitting with them late into the evening to console their hearts.

They had only one question for him, was their daughter saved? The week before, she was in a baptismal class with Rev. Leung, and he asked her if she was sure of her salvation while teaching from the book of John. With a joyful heart she affirmed her belief in Jesus. She was a child of God.

It reminds us that even in the face of immense persecution and unbearable suffering, the most important thing in our lives is knowing Jesus.

Lord, we give thanks for our time together—for there is a time for everything and season for every activity under heaven. A time to be born and a time to die. A time to weep and a time to laugh. A time to tear down and a time to sew. As we think upon the 20th anniversary of 9/11, we remember those who sacrificed their lives for the sake of others. We mourn for those who lost loved ones on that day and other days until now. They are your children, your beloved.

Father, we’ve heard it said that ‘you should love your neighbor and hate your enemy.’ But Jesus says to us, “Love your enemies and pray for those who persecute you, so that you may be sons of your Father in heaven.”

We confess that it’s exceedingly difficult to love those that hate us. Unfortunately, the self-righteous parts of our hearts want only to justify our words and actions against them.

Help us to do the impossible, to love our enemies while praying for their salvation. Soften our hearts to see that they too are children of God, created in your image. Your deepest desire is for each of them to know you intimately, to love you fully, and to embrace the sacrifice of your Son for all.

In the name of Christ, Amen.