Witnessing the Lord make a way over and over in Papua 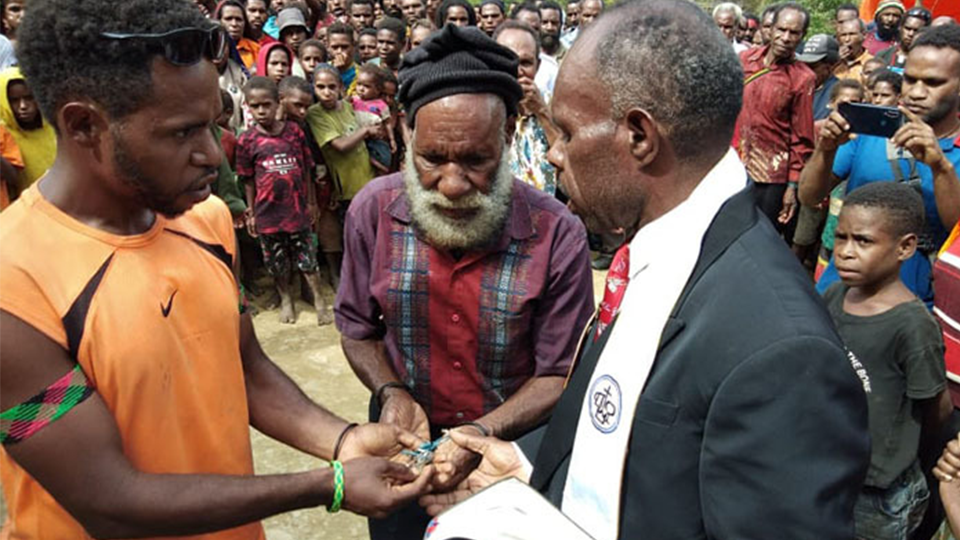 By Todd and Debbie Adams
Serving in Papau, Indonesia

A small fellowship of God’s people have labored and suffered greatly over the last 12 years at a church in Amisage. They have carried building materials over the trail—a two day journey—to build their church building. Often, the trail has been blocked by those resistant to the presence of these believers. The pastor shared with me that he has been beaten at the building site until blood was running from his mouth. He also shared with me that I had prayed for him 12 years ago, asking God to give them courage in the midst of a hostile environment and to help them to build their church.

I was asked to speak at their church dedication, so I stayed in Amisage for two nights. I was to also speak at the Christmas service on the last night, but that didn’t happen until midnight. The following morning, we were to fly out by helicopter, but there was a bank of clouds blocking the ways in and out.

Amazingly, we heard the helicopter come our way. He inched his way through the thick fog and landed the helicopter safely. Four of us climbed in and off we went, but there was still that bank of clouds—a solid white barrier. I recall my friend Gunther, the helicopter pilot, just staring at that wall of white. I didn’t see a way out. As he took off, God opened a crack in that massive cloud bank. It was like watching the sea being parted before us. All the way to Wamena, a sliver of clear visibility opened before us. God made a way where there seemed to be no way.  How we praise God for parting the way and for great missionary pilots!

Four days before my helicopter flight into this remote village, those the enemy has been using to thwart the gospel presence of this small Alliance fellowship attempted to cancel our flight in—but God! Just as He opened the clouds so that we could return, He provided us the wisdom to overcome the resistance.

Then, He provided us blessing upon blessing with two days of clear weather—no rain at all, and this was during the rainy season. To show His power in even greater measure, well over 500 guests attended to show their love and support, and 157 pigs were butchered in a massive pig feast celebrating the church dedication. Indeed, our God made a way!

Thank you for praying about the work here in Papua. Many of your brothers and sisters in Christ are suffering for the sake of the gospel. Your prayers are vital. As I preached, I was able to reassure this body of believers that God’s people all around that world are upholding them before the throne.