Sharing Emmanuel’s love with the persecuted 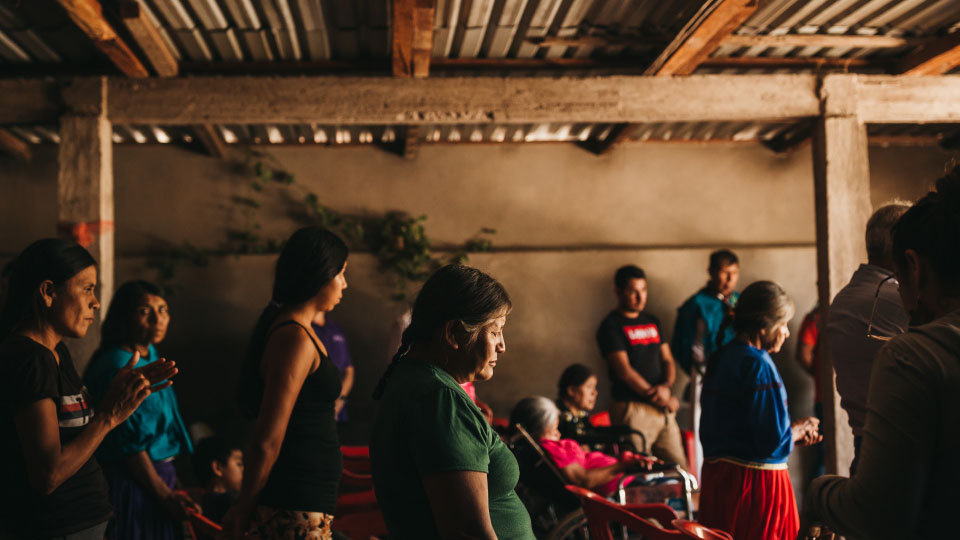 Deep in the mountains of Mexico, a group of indigenous Christians lives ostracized from the community that once offered them love and support. Much like the early Christians in Acts, these believers have endured extreme persecution due to their faith. They have been beaten, jailed, and exiled from their homes. Yet with the help of local and international Alliance workers, these persecuted believers have continued to travel great distances to share the love of Christ with the forgotten and unreached.

In 2002, a young boy from this indigenous tribe became dangerously ill, so his father, Fernando,* took him to the nearest hospital a few hours away. Fernando met a missionary while they were there, and the missionary offered to pray for his son. Despite all of the predictions from the doctors, the boy was healed, and Fernando became the first in his tribe to put his faith in Jesus. He returned to his community, publicly renounced all of the animistic practices of his previous religion, and shared the gospel with his neighbors.

When 13 families came to Christ through witnessing Fernando’s transformation, the shamans who control the village began threatening their lives when they refused to renounce their faith. Fernando was thrown in jail, had his land and livestock taken away, and eventually was dumped outside of town.

Another man, Alfredo,* wanted to stay in the community despite their threats. However, after he spoke with the leaders to find a way to still live in his home, two men attacked him with knives and almost beat him to death. Alfredo’s teeth were shattered, and he had multiple serious wounds from the assault. A man nearby saved Alfredo in the nick of time and brought him to a hospital, where he spent several months in recovery.

Eventually, all 13 families were stripped of their possessions and expelled from the reservation with nowhere to go. They received refugee status and were given land right outside of the reservation from the Mexican government. With what little they had, they created a new home. The first building they constructed was a church so they could regularly gather together and spur each other on with hope in their new reality.

Even while in exile, these believers continued to share the gospel with people from their tribe and created a safe place for people to land when they were expelled from their communities as well. Fellowship Church* is now thriving with 75 to 100 believers every Sunday.

About five years ago, The Alliance found out about this remote people group and sent in Heather, a Canadian Alliance international worker, to start helping this community of believers. Bob, an aXcess worker serving with The Alliance in Mexico, says, “I was astounded to find 60,000 people living so close to the United States border who have never heard of Jesus Christ.” Since then, the Mexican Alliance national church and a few Alliance international workers—including Heather, Bob and Cheryl, and Phil* and Rebecca*—have been working hand in hand to offer tangible help and discipleship to these isolated believers.

One of the main ways The Alliance has helped Fellowship Church is by providing them with the resources they need to start microbusinesses that can sustain their village. The workers bought bread ovens for a bakery, farming equipment for small farms, and materials to create beadwork like jewelry and other decorative items.

As they have done for other indigenous groups in the area, the workers also plan to hand out reading glasses they receive from Alliance donors to many of the artisan women. These women learn beadwork as young girls and are often working on their projects into the night by the light of a fire. By the time they are 40 or 50 years old, they struggle to see the small beads, so these reading glasses would allow them to continue to provide for themselves with their beautiful artwork.

Discipleship has been another important part of The Alliance’s ministry to Fellowship Church. The Mexican Alliance national church and Phil have been conducting basic discipleship classes once a month for the whole church, with most workers traveling 11 hours to care for the village. Phil is also in a one-on-one discipling relationship with the young pastor of Fellowship Church, whose family was expelled from their village in 2005.

The Alliance hopes that these indigenous believers will grow deeper in their understanding of their faith and be well-equipped to continue sharing the gospel with their tribe.

The areas surrounding Fellowship Church are still difficult to traverse, as the mountains of this region are underdeveloped, and the leaders of these villages want to scare away any outsiders, especially Christians. The reservation is also able to make their own laws and has now outlawed Christianity.

Our Alliance workers have encountered many obstacles as they have been reaching out to people who still live in the tribal villages. One group of workers was left without guides or food on the trails just because they were suspected to be Christians; Bob has been threatened with being thrown in jail; and the shamans who lead this indigenous tribe have tried to tail the workers who come in.

When Mexican Alliance President Tomas Bencomo was traveling into the villages, a group of armed men stopped him on the road. They held Tomas at gunpoint and told him they were going to assassinate him.

Before they could do anything, he asked if he could talk to them for just five minutes, and they agreed. By the time Tomas was done sharing the gospel, they were in tears and said, “We need your help. You have a free pass. You can come and go as much as you want.” God gave him favor in that moment, and this has given Tomas much more access to the area than before.

“Pray that God will keep the doors open so that we can maintain these ministries without being chased out,” Bob says.

Despite the danger, the villagers often ask questions because of the boldness of Alliance workers and local believers in dealing with the shamans. When Bob first arrived, the villagers thought that he was also a type of shaman. They could tell that Bob carried something spiritual with him but they couldn’t figure out what it was. They named him “He who talks with the spirits.”

People have pulled Bob to the side and whispered, “Who is the God you worship?” Bob has been able to share with some of them that our God is the one true God and is more powerful than any other gods or spirits. “We get the most beautiful opportunities to quietly share about the Lord because they are seeing Him in us,” Bob says. “That is all part of us being present.”

Our Alliance workers are hoping to create several strategic communities of believers who live in “frontier towns.” These towns would be established on the reservation’s edge so that new indigenous believers can live freely and safely while also being strategically placed to go into the reservation for evangelism. These communities would also provide safe places for other new believers to live when they are kicked out of their homes for their faith in Jesus.

Breath of Life Church, where Bob serves in another region of Mexico, is hoping to create one of these safe places by planting their fourth church campus in a city close to this indigenous tribe. “We want to continue to create presence,” Bob says. “If someone comes to Christ, we celebrate. At the same time, we know what they’re facing. Our desire is to provide faith community for them as they navigate the change.”

Because of the prayers and financial support of people like you, local and international Alliance workers have created an incarnational presence in these communities. More people who never knew of Christ before are coming to Him, and current believers are able to continue sharing the gospel with their indigenous brothers and sisters. “There is hope for these people,” Bob says. “They have not been forgotten.”

This is just one of the many stories demonstrating how Alliance international workers are extending Emmanuel’s loving presence among the world’s overlooked, oppressed, and displaced. You can join your workers in proclaiming Love Is Here to these and other suffering and marginalized people by giving to the 2022 Alliance Christmas Offering.

To watch a compelling video of this story and learn more about the 2022 Alliance Christmas Offering, click here.