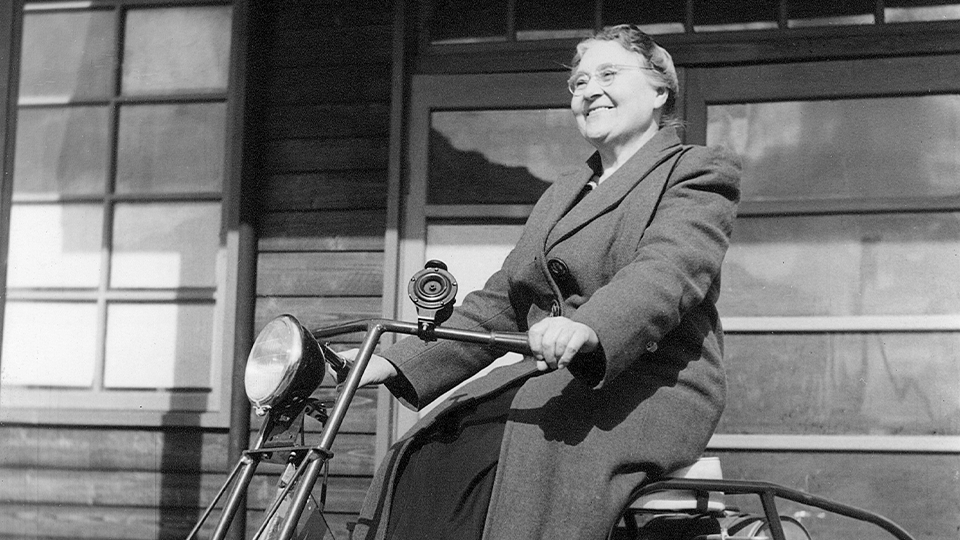 Mabel Francis left that very kind of legacy. She touched so many lives, led so many to Christ, opened so many doors, and persevered in incredible ways; even though she didn’t get to experience all the fruits of her ministry—her legacy is ongoing.

Mabel did just that. She felt the Lord calling her to missions, to serve Him, to go to unreached places and proclaim the good news. In the early 1900s, when she was in her late twenties, she wrote to A. B. Simpson, the founder of the C&MA, and asked to be sent as a missionary to Japan. At the time, single women weren’t permitted to travel for mission work internationally, so Mabel took extra steps to explain her situation—her desire and call—and she paved the way for ministry. Because she was such a successful and mature preacher, Mabel’s dream was encouraged in 1909, and she was given permission to go and serve in Japan as a missionary.

That very strength brought Mabel to continue to minister to the Japanese people in their suffering, through their deepest pain and trials. She traveled all over Japan giving witness of the Lord’s goodness and provision, desiring to present the hope of the good news and to rebuild the church. As the devastating atomic bombing of Hiroshima wrecked the city and its people, Mabel was there leading many survivors to Christ, and she organized a church and a Bible school. Out of the wreckage, she rebuilt pieces for the Lord’s glory.

Mabel’s efforts were, of course, for the glory of God, but all that she did and accomplished did not go unnoticed by others, even the local Japanese government. The Japanese emperor held a ceremony for Mabel on May 7, 1962, in which he presented her with the 5th Order of the Sacred Treasure, the highest honor Japan gives to a foreigner, awarded to those who have made incredible impact and achievement. She was recognized for how she helped the Japanese people in their lowest, most distressing moments and for how she led hundreds to know more about Christ.