CAMA’s Year in Review looks back at 2021 and the ways God moved through you, the Body of Christ 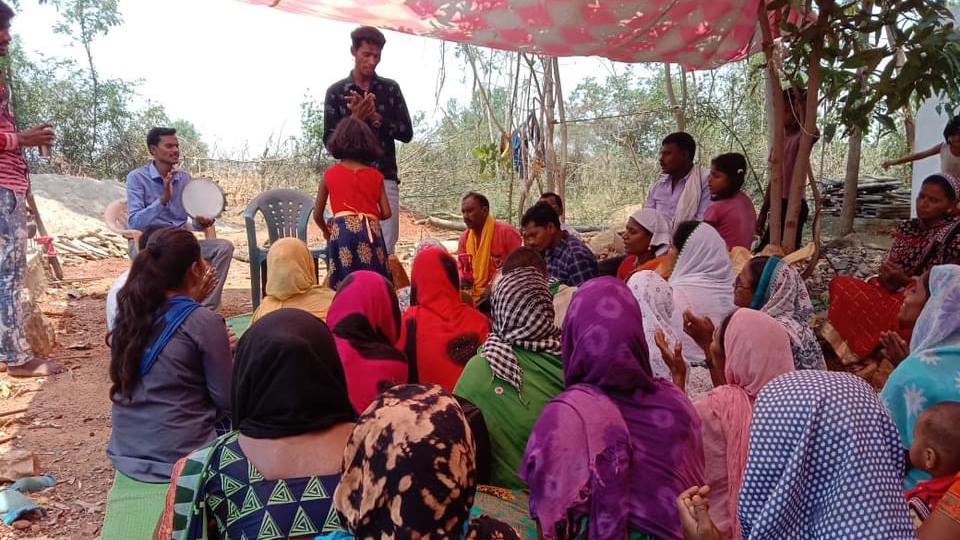 God used you this past year to connect with and invest in people. Here’s what you were a part of in 2021:

You gave relief to those affected by the pandemic.

CAMA staff and local partners carried out 25 projects in six different Asian countries centered around COVID-19 relief. Your partnership made it possible for $210,000 to be distributed to help families in need, believers, non-believers, and refugees. According to one of our staff members, “God opened up more doors and partnerships than I could have ever imagined . . .”

You forged relationships and developed community.

In Southeast Asia, a group formed to give community support to young mothers and their families. In the Middle East, you made it possible for a club to provide physiotherapy and to organize events for children with disabilities. You also helped start trauma support groups with a Biblical focus in vulnerable communities, as well as sponsored a program that gives women a safe place to exercise. In West Africa, staff befriended a Guinean man, gave him a job opportunity, are having gospel conversations with him, and are now receiving his prayer requests. “It takes time to build trust in this culture,” said one of our staff. “And to earn the right to speak into someone’s life.”

You created new opportunities for education and self-support.

You gave 90 children in West Africa the chance to attend a new Christian elementary school. A culinary arts program that trains women in West Africa for safe employment opportunities had its first class of graduates. After-school tutoring held by the Seeds of Hope program enabled 24 out of 27 students to pass their government exam in Senegal. You launched a new teaching center in Guinea that educates local farmers on sustainable agriculture. Through the Vietnamese Children’s Project, a dozen orphans graduated high school, six began college, two graduated with a bachelor’s degree, and one received their master’s. You helped host a two-week camp on life skills and leadership for Kosovar children in grades six through nine. One camper’s mother said, “This is why we sent our kids here instead of to a different camp—because we want our kids to be learning these things.”

You expanded CAMA’s capacity to serve.

Several staff members spent hundreds of hours this year studying the local languages and cultures of their communities. “I’m not learning Spanish simply to survive or to check off a box,” said a staff member in Colombia, “but because it’s fundamental to living out the gospel calling here in Colombia and Latin America.” Staff in Latin America were able to host an intern for three months who helped create a disaster evaluation form for their region. Because of you, CAMACrafts was able to hire a new staff member and host an intern over the summer. Staff in Kosovo hosted three intern couples this year and added one new staff couple to their team. You grew CAMA’s presence in Africa by six units.

You helped people come to know Jesus and become more like Him through discipleship.

Church-based projects in Colombia saw over 200 people come to faith in Christ. Three girls in the Hands of Honor program chose to follow Jesus in West Africa. You helped equip 10 Guineans to teach Soul Care in their communities. In Kosovo, our staff was able to counsel an individual who began reading the Bible, sharing gospel literature with their spouse, and taking steps towards no longer living in fear. “I want to be like Christ, who was a humble servant,” said Moris, a former participant of the Papua United Football Club turned coach. “Although people call me a coach now and I am very young, I want to stay humble and not become proud because Jesus was humble.” Together, we have seen God reach, teach, empower, and provide for more people this year than we ever could have on our own. Each story is a wonderful example of the Body of Christ working together. We hope you recognize that as a part of this Body, you have held a key role in every one of these stories.