It Starts with a Seed

How the faithful few still have meaningful impact 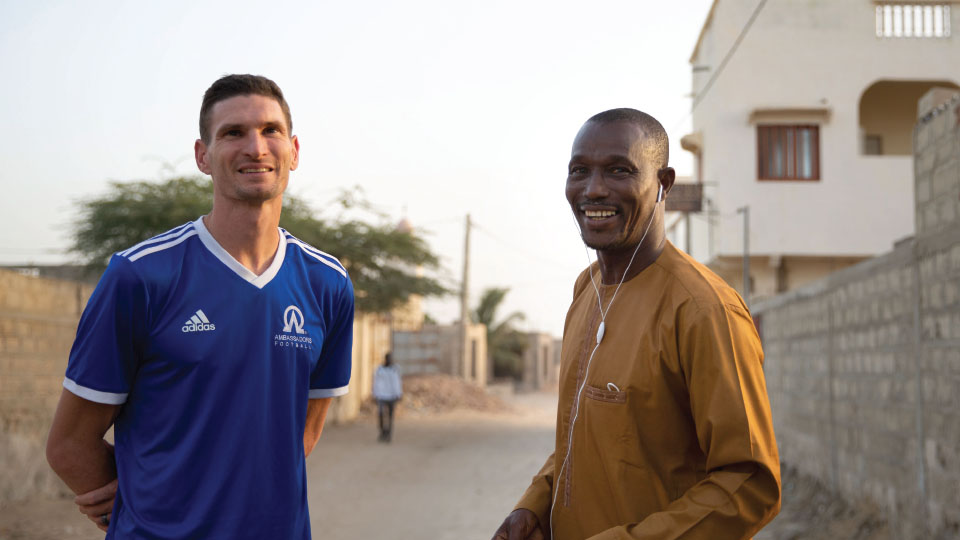 by an aXcess worker serving with The Alliance in Senegal

Nestled in a small coastal city in Senegal, which is rich in a diverse history with a strong identity in African tradition and the majority religion, stands a church. It sits comfortably in one of the poorest, most densely populated neighborhoods of the city, and its building reflects some of its own character—old, unassuming, steadfast.

When the church was first planted nearly 30 years ago, the neighbors were suspicious, and at times even hostile, not wanting anything to do with this threat to tradition. However, the few believers who attend the church have spent their lives living out the gospel and meeting felt needs in the community through accessible health care, a holistic ministry for street boys, and quality education for underprivileged girls.

Hundreds—if not thousands—in the community have heard the good news of Jesus as they have passed through the doors of the church. Suspicion and hostility have transformed into open arms and appreciation. Nearly everyone you meet in our city has either been personally impacted or has at least heard positive things about the church. Many have heard the gospel story again and again. Some have joined Bible study groups with other seekers or have even come to the point where they say it is all true—yet very few are choosing to follow.

While having a meaningful impact, the church remains small. But these few have still been faithful, and second-generation believers are bravely stepping into their roles and callings within the church or moving on to work in different cities.

To be considered a member of a particular least-reached people group in Senegal, you have to both speak the language of the people and practice the majority religion. To become a Christian would not only mean their close families may disown and persecute them but also that they would lose their personal identity and place in society. This has a major impact on their lives in a culture where connection to the group brings security—from knowing your daily meals are provided for to receiving quality education and business opportunities.

Since there are only a couple hundred believers within this people group in the entire country, our C&MA team was surprised to find a small church made up of some deeply grounded believers from this people group when we first came to this city in 2006. We saw the trust they were building with their own people and decided to work alongside them to encourage them to plant churches instead of starting from scratch on our own.

Even hand in hand, the work has been slow. After all, how do you plant new churches when the one that you have is already too small to fully staff existing ministries, let alone accomplish new ministry dreams?

When COVID-19 hit Senegal, a shift happened in the way we did church, and our small fellowship began to replicate in ways we had only dreamed about before. Instead of meeting together on stiff wooden benches in the small sanctuary, the faithful few were leading small groups in worship in their own neighborhoods.

Our team saw how this home-church model looked more like the quickly replicating church-planting movements that we have only heard about around the world, and we got excited. We started praying hard for a shift in mentality, for the start of something new.

As restrictions were lifted, the church began meeting all together again in that old cement block building, and another shift did take place. Moussa,* the pastor of the church, had recently moved to a village in the north and had invited many of his neighbors to join Sunday worship meetings in his home. Moussa announced that though the church typically invited new believers into the existing church, he wanted to continue to meet with and disciple these people in his own home. The commute was just not feasible for most who lived that far away.

In that moment, we realized we had been thinking too small. For years our team had been working to start something new within the city or within the outlying villages and had been discouraged time and time again: We were unable to buy property in one area; in another village we had a relationship and even an invitation from the chief to build a church in his community, only to find out the government was about to level the village to build a new airport.

Together with our local church partners, we decided to buy property in another northern village where we didn’t have any relationships yet, let alone an invitation from its chief to build a church. We prayerfully considered how we could walk into a community in a new way and bring the Kingdom into the daily lives of these villagers.

Life in the village is calm. Large courtyards filled with desert sand meet to make a web as tight-knit as the people who make their home in two-room cement block buildings. Villagers spend the afternoons together in the shade eating around large bowls and sipping tiny cups of strong, sweet tea; in the evenings they gather around small, dated television sets.

Many children go to the local school every morning and afternoon and attend a religious school on the weekends where they learn from their holy book. When they have free time, they race out to play soccer with their friends in the street. The adults in the community largely work in shifts for nearby agricultural companies. Even though there are no markets, very few people leave the village to go into the nearby city because public transportation rarely comes.

Despite previous contact with foreigners and access to Christian media on the radio and television, as far as we know, the gospel has never been proclaimed personally in this community.

One young man in the village, Oumar, was one of the first to curiously welcome us. As we made visits out to dream and pray over the property we had acquired, Oumar continued to show up and greet us warmly. One day our local partner, Amadou, gave him a small solar flashlight that was also a radio, pre-programmed with the New Testament read aloud in his language. In the days that followed, Oumar shared that he was enjoying what he had been hearing. His wife had even been listening to it as she cooked and cleaned in his parents’ home where they lived.

One day, Oumar’s father, Mohammed, called Amadou and demanded that he take back the radio because Mohammed did not want his son listening to such things. Amadou respectfully responded, “It was a gift; it is no longer mine to take back. I understand if you do not want your son to listen to it, but I cannot take back a gift that has already been given.”

Oumar decided to keep the radio with the conviction that it was his own decision—not his father’s or ours—to choose what he will believe. As our team has spent many afternoons with his family and a couple other families in the village, all of them, including Mohammed, have only been kind and welcoming to us.

We are in the process of finishing a wall around the property, which we hope will one day be filled in the afternoons with young men learning about their Messiah while doing the one thing they love most: soccer. Though we’re still in the dreaming phase, we are hoping that as the faithful believers step out, this will become an expansion of the church where the Kingdom of heaven impacts the everyday life of these villagers and brings hope.

We praise God that though there have been setbacks in this work, we have not encountered hostility like the early church in our city. Pray with us that the Holy Spirit will continue to go before us, softening hearts and breaking through, and that in the everyday moments, the Kingdom of light will be experienced first in us and then in those around us.