“Lent reminds us that following Jesus includes not only joy, but the sacramental life.” 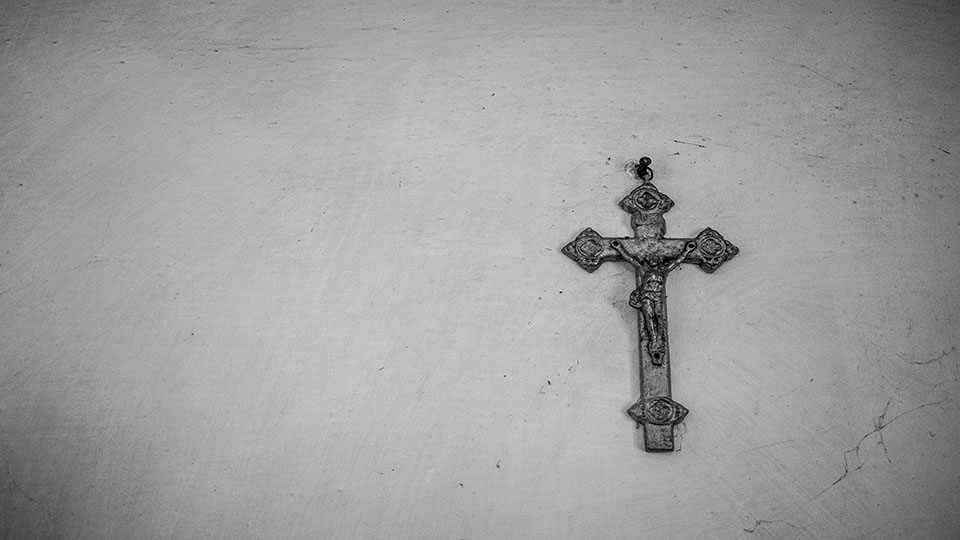 “Simon of Cyrene”—Most Christians know the name, yet not all understand the significance of what he did for the Lord, and, as a result, did for all of us. He is worthy of our attention as Christ followers, especially during this season of Lent. As a reminder, Lent is a forty-day season of remembrance and preparation, which begins each year on Ash Wednesday and leads up to Easter morning.

It is a time to consider the Lord’s passion, with particular emphasis upon the suffering and death of Jesus as He gave Himself to defeat darkness and atone for our sin. It is also a time to embrace the Lord’s call to carry our own cross as Christ followers, which brings us to Simon of Cyrene.

All three synoptic gospels, Matthew, Mark, and Luke, mention Simon. Attention here will be given to the scripture from Mark 15:

The soldiers led Jesus away into the palace (that is, the Praetorium) and called together the whole company of soldiers. They put a purple robe on him, then twisted together a crown of thorns and set it on him. And they began to call out to him, “Hail, king of the Jews!”  Again and again they struck him on the head with a staff and spit on him. Falling on their knees, they paid homage to him. And when they had mocked him, they took off the purple robe and put his own clothes on him. Then they led him out to crucify him. A certain man from Cyrene, Simon, the father of Alexander and Rufus, was passing by on his way in from the country, and they forced him to carry the cross.

Simon of Cyrene enters the journey of Jesus at a time of great pain and abandonment. After being judged, mocked, and lashed, Jesus is forced to carry His cross on the road to Calgary. Crowds were gathered along the way, many screaming and spewing curses. Weak and undone from the blood loss caused by lashings, Jesus stumbled along the way. A Roman soldier would have taken a long spear and touched the shoulder of a person in the crowd to carry the cross for the condemned. The soldier was not looking for a volunteer. That individual would have been selected at random, forced to pick up the cross, suddenly entering the pain and humiliation of Jesus. That unknown person became forever recorded in Scripture—Simon of Cyrene.

Cyrene was a city in what is modern day Libya. Why was this man from Cyrene in Jerusalem? Was he a person of color? Many believe so. Could he have been a Jew who moved away from Jerusalem as many others had, dispersing across the Mediterranean? Of course. Was he a God-fearer who had converted to Judaism? That is possible. What we do know is that he had journeyed to Jerusalem and possibly just came to celebrate the Passover in the Holy City.

If that were the case, this journey would have been extremely important to him, his family, and his community. Likely, this kind of journey would have happened one time in a person’s life, an opportunity to be in Jerusalem for Passover. His family and community would have prepared him for such an important adventure. They may have raised money for him to make the trip and have the best clothes for this holy celebration. And for sure, they expected him to return and tell them all about what had happened so they could, in an indirect way, experience the adventure with him.

Yet, with all that hope and anticipation came humiliation for Simon. He was picked from the crowd to carry the blood-stained cross of Jesus, clothes soiled and torn, anger and fear mingled now with embarrassment. Joy became suffering, and the story he would go home to tell, if he dared, turned dramatically to a tale of oppression and crucifixion.

Origen, the great church father of the second century, commented that Simon of Cyrene carried that cross for Jesus and for all of us. Simon of Cyrene serves as a reminder that we are to be a cross-bearing people, willing to sacrifice for the advancement of the Kingdom, participating in the sacramental offering of who we are and what we have for the cause of Christ.

It would be easy to think that Simon of Cyrene left that moment forever shamed, wanting to tell no one of what he was forced to do. Yet, there are nuances in Scripture that may say otherwise. The fact that the writer of Mark mentions his sons Rufus and Alexander suggests the first readers would have known of them. Possibly, they were now Christ followers. We wonder if the Rufus Paul mentioned in Romans 16 is one and the same. Could it be that rather than these events pushing Simon to silence, they drove him to share the story of the Lord, about how he followed behind Jesus on the way to Calvary, the first steps in following Him for the remainder of his life?

Jim Elliot died a martyr’s death in Ecuador in the late 1950s. He once wrote, “He is no fool who gives what he cannot keep to gain that which he will never lose.” Dietrich Bonhoeffer, martyred in 1945 at the hands of the Nazis, wrote, “When Jesus bids you come, he bids you to come and die.”

Lent reminds us that following Jesus includes not only joy, but the sacramental life. Simon of Cyrene was the first cross-carrying follower of Christ, and may we who have been called today follow our Lord on the journey from Crucifixion to Resurrection Day.

Join Healing Care Ministries this season of Lent as they journey through the video series, Caring for Your Soul, and gather together virtually as a community March 22 and April 8 at 7 p.m. EST.