A brief history of The Alliance 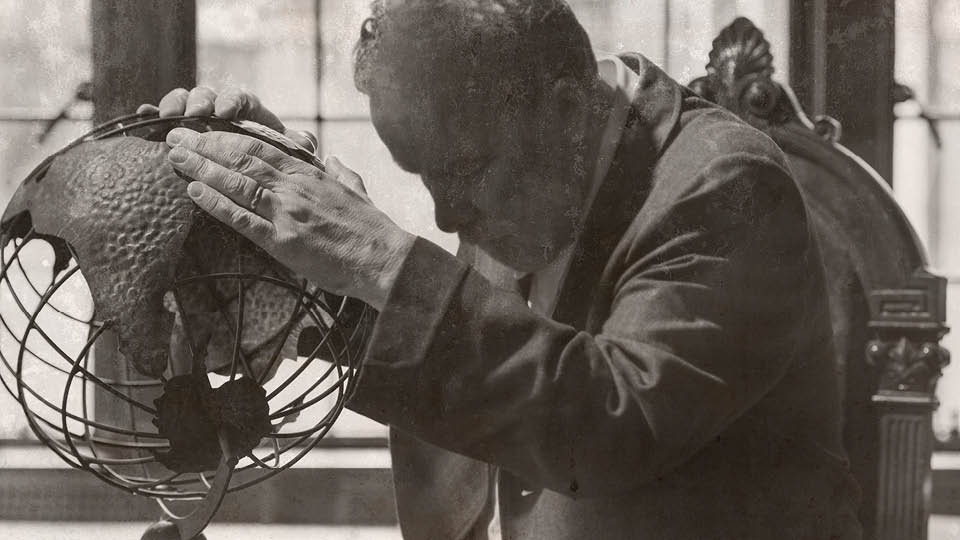 On a late November afternoon in 1881, several adults huddled around a small wood stove in a “cold and cheerless” New York City dance hall. Rev. Albert Benjamin Simpson, who had resigned from his prestigious pastorate just two weeks prior, had invited all believers who supported “an aggressive spiritual movement” to reach the city’s neglected nonbelievers. Seven people showed up.

You might ask, What moved this 37-year-old husband and father of five to leave his church with its hefty annual salary—equal to over $110,000 today—and shepherd this self-described “poor, few, and weak” band of believers?

People on the Move

Simpson had felt an increasing concern for the “unchurched masses, the thousands who felt themselves alienated from the formal church but not from the Lord.” Nearly 12 million immigrants arrived in the United States between 1870 and 1900—and more than 70 percent entered through New York City. Along with pastoring his wealthy Presbyterian congregation, Simpson had started spending hours on New York City’s docks evangelizing Italian immigrants.

Many put their faith in Christ, but there was a problem: Simpson’s congregants didn’t want the unrefined new believers attending their church.

Ministering to those who felt ostracized and without a home fueled Simpson’s passion to evangelize and break down the walls of exclusivity that were built around his previous church. “My plan and idea of a church,” Simpson said, “are those which are exemplified in the great London churches . . . comprising thousands of members of no particular class, but of the rich and poor side by side.”

Convinced that Jesus’ great sacrifice and redemptive message was for all races, ethnicities, and classes of people, Simpson believed God was calling him to leave his congregation and the life he was comfortable with. Stepping out in faith to take on “radical, aggressive measures,” he felt the Holy Spirit leading him to begin a global missions movement.

Simpson desired to follow God and the Holy Spirit’s leading with all of his heart. He didn’t set out to create a denomination, but his radical obedience to the Lord brought forth this Spirit-oriented missions and Kingdom movement.

That first group of seven in 1881 grew quickly as neglected and unreached people started to feel seen and included. Simpson felt the Spirit leading him to establish a church home for these new believers. With a mission to “evangelize unreached peoples both locally and afar,” Simpson organized a church in his home, beginning with 35 people. Within two years, the Gospel Tabernacle weekly drew 700 people of all ethnicities and social classes who had come to Christ through Simpson’s evangelistic fervor.

Soon after, the church established a missionary society, “The Missionary Union for the Evangelization of the World,” and launched the Missionary Training Institute (MTI), which trained the first five Alliance missionaries and scores of others who followed.

All of Jesus for All the World

God’s heart for marginalized and overlooked people compelled Simpson to lift his eyes beyond the city to the homelands of the immigrants to whom he was ministering. When a young man who was staying with Simpson peeked inside his office, he found the preacher draped over a globe, praying fervently and crying for the lost of the world.

In 1884, Simpson commissioned that first missionary team from MTI to take the gospel to the Congo. Within two weeks their 21-year-old leader, John Condit, was dead from fever; three had returned to the States, and just one remained on the field.

Throughout the late 1800s, The Alliance sent 180 workers—two-thirds of them women—and opened 12 new foreign fields. The establishment and expansion of these mission fields brought more and more people to Christ, resulting in a thriving mission today of more than 700 workers in nearly 70 countries throughout Europe, Asia, Africa, and Latin America, supported primarily by 2,000 gospel-sending U.S. Alliance churches. These are the fruits of God moving among Alliance people as they devoted themselves to prayer, sacrificial giving, and a pioneering passion to go.

It is with this same deep love and zeal for Jesus and for all people that Alliance workers continue to press into every corner of the world, from remote villages in central Asia to urban centers in Europe. For nearly 150 years, these workers have braved harsh and dangerous territory at great personal risk—even unto death—to take the good news and compassionate care of Jesus—in word and deed—to the ends of the earth. Because of the selfless dedication of these workers, the faithfulness of our Lord, and the prayers and generosity of generations of Alliance people, entire people groups now know Jesus.

That first humble gathering around the wood stove spawned a movement that has grown to more than 6.3 million Alliance believers worshiping in 180 languages in 24,000 churches worldwide.

Let us never forget the special calling of our Alliance work . . . to hold up Jesus in His fullness . . . lead God’s hungry children to know their full privilege and inheritance—for spirit, soul, and body . . . and encourage and incite the people of God to do the neglected work of our time among the unchurched classes at home and the perishing . . . abroad. God will bless us if we are true to this trust.

As an Alliance church member, you can join the 141-year legacy of Alliance Life and get exclusive stories and articles delivered directly to your mailbox or inbox. This Special Issue of Alliance Life is available in both English and Spanish. Click here to read more and request your free subscription!