Because Alliance people prayed, Vadim now has a new life. 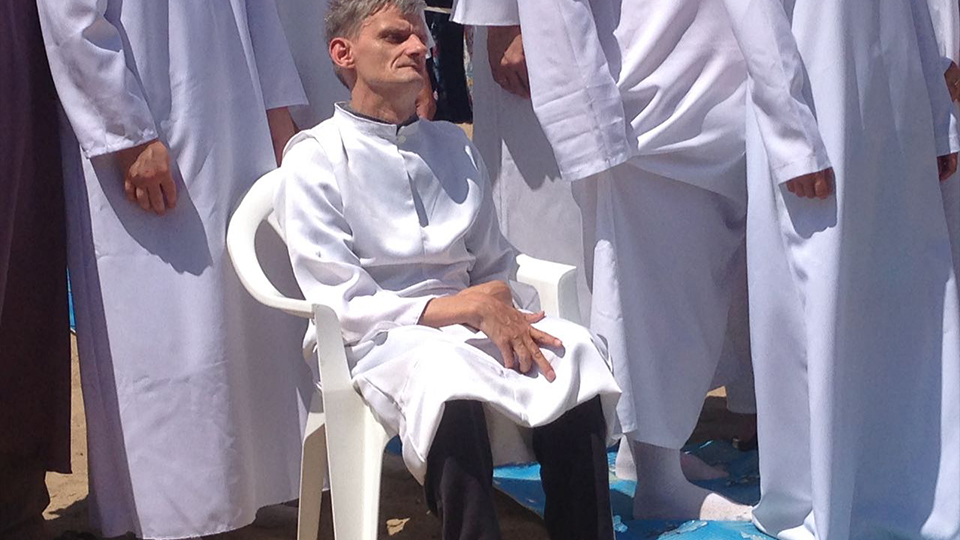 As an Alliance worker in a creative-access location, I am blessed to be involved in a ministry to orphanages. One resident, Vadim, now 50, lived most of his life in a state home for the disabled. He met Jesus in a dream; later, Vadim heard the Lord telling him to ask for a Bible. He asked a medical worker for one; she brought him a pile of newspapers with a Bible tucked inside. Because the country was still under Communist rule, she didn’t want others in the home to know she was a Christian.

In answer to Vadim’s prayer to finally live with a family who loves him, several years ago the government granted him permission to leave the state home under the care of a Christian couple who had ministered to him and the other residents for years. Praise God—today Vadim is flourishing. He enjoys having a loving family, a church home, and many friends.

Recently, he was reminiscing about life in the state home. He talked about a boom box we had given him, along with tapes of Christian music. We remember that he frequently asked for help to get it repaired because he kept dropping it. Our team recalls how frustrating it was for us and that we often wondered if it was worth repairing.

Vadim shared details about that situation we never knew—he used to take the boom box into the wards of bedridden residents, who had almost no contact with people, and played Christian music for them! We are still stunned by that story. Vadim could walk only with great difficulty and was always unsteady on his feet; no wonder he kept dropping it! A team member would often drive to the home to fix the boom box, and we wondered if it was worth the effort—and all the while Vadim was using it to minister to others who had almost no one to care about them. What an incredible heart he has to look around him and find people in need, sharing with them his few possessions.

Pray for Vadim’s health and family—and that he will continue to find ways to share Christ’s love with those around him.

by an Alliance international worker