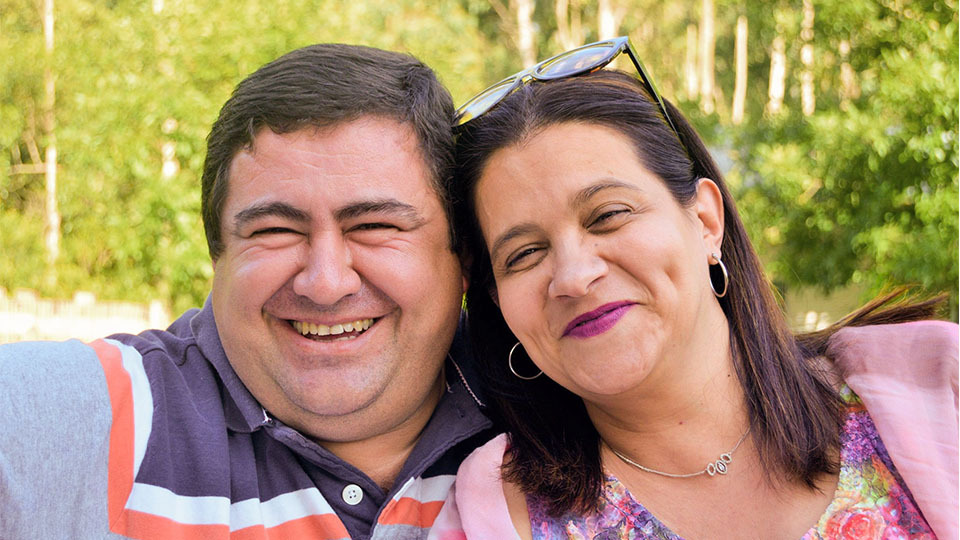 by Timbrel Hull, with editorial help from Emmy Duddles

Uruguay is the kind of place where it can take years of being in relationship with people before they’re even willing to hear about Jesus. You can pour your energy out all day, every day, and feel like you’re not getting anywhere. It takes so much emotional and relational energy to try to put yourself out there. At the beginning of our second term in 2017, my husband, Jimmie, and I were really wrestling, wondering, “If the Father is always working, what is He doing right here, right now, and how can we learn to be in on that?”

During this season, God opened the doors of inner healing prayer to us, helping us not just to be vulnerable about the painful things that we’ve been through, but to be positioned to listen to people and learn how to see them and connect with them in their pain through prayer.

Moment after moment, we lead many to Jesus, helping them visualize Him and be in a safe place with Him. Every time I had the opportunity to do it, it was like I could literally see God’s glory shining on that person’s face as they experienced His love.

In 2020, fear and desperation set in for many people. Door after door began to open as people who would have called themselves atheist or agnostic were going through difficult things and would reach out for prayer over WhatsApp. Eventually, people I didn’t even know were contacting me for prayer, saying, “I know this is really weird, and I don’t know you, but somebody told me that you pray with people.”

As we connected, I explained the prayer process to them: “I’m just going to ask God’s presence to come and be with you.” Some days I was spending four to six hours just in our bedroom praying with people. And every single time, something miraculous happened. They encountered God’s love, and often it was tangible. Sometimes they would feel their hands get hot or this deep sense of peace in their back.

“That’s the Kingdom of God,” I said. “You just experienced a piece of the Kingdom. And if you want to, you can live there. Would you like to invite God to come and let you be completely in His Kingdom?” And every time I extended this invitation, they said, “Yes, I want this all the time.” We had seen healing prayer as a way for believers to connect more deeply with God, but it became a powerful tool to help people experience God’s love for the first time.

It was like I could literally see God’s glory shining on that person’s face as they experienced His love.

One of the many people I’ve prayed with was Rebecca,* a woman who had been coming to our church plant for a year and a half at the time. Nobody knew exactly what she believed. There are so many spiritual influences in Uruguay that you just never know. I told Rebecca about the training I was just about to start in inner healing prayer, and Re-becca said, “Well, if you need a guinea pig, practice on me.”

It felt a little bit overwhelming. I thought, How in the world am I going to know that she really is coming to Jesus and not something else she may be carrying?

Once our schedules aligned, I went to her house, which she loves dearly. And God told me, “Today’s her day. She’s going to come into the Kingdom. I’m going to tell you what to say.” We were sitting at the table when the words just started coming out without me having to put them together. It was so Spirit-given in that moment.

I said to Rebecca, “If you were going to remodel this house, you would have to give full and complete access to the person who helps you. So if you want to invite Jesus into the hurting and scarred pieces of your heart, you have to give Him full access. Do you want to do that?”

I couldn’t even finish before she started praying out loud. In Uruguay, it can take a very long time before

people are comfortable praying out loud. But Rebecca just gave her whole self to Jesus in that moment. It was beautiful. I didn’t even give her all the words. She just started praying.

Every time we would go through these simple exercises, like, “Jesus, show me a place where I can connect with you,” she would receive so deeply. He even reminded her of places in her childhood where she felt connected with Him, like the sense of freedom she had when riding her bike in the neighborhood.

When she first started coming, Rebecca had been on the fringes and was just enjoying the faith ride and the sense of community, but now her faith has grown leaps and bounds. Rebecca, like all of the people I’ve prayed with, had such a painful story. But this is the gospel— this is why He died so that He could carry all of it. I get to be present to watch them give that to Him and see the glory that He spills out on them.

In June 2018, a local Alliance pastoral couple in Uruguay invited the College of Prayer, a revival prayer ministry, to come to Tranqueras, a podunk town in the middle of nowhere that has spiritual significance in the country for the Masons. During the first module of the College of Prayer, we started learning to pray together, and the Lord met this national church body of about 200 people in incredible ways. One of the couples who came was Andres and Sylvia.
We knew Sylvia was struggling with depression and anxiety. One day, Sylvia wrote me a message saying she was starting to have migraines and they were sending her to heart doctors. Her whole body was literally falling apart.

In my training for inner healing prayer, they had compared it to the story in Mark 2 where four men tore open a roof to bring their friend to Jesus for healing. After hearing from Sylvia, the Holy Spirit grabbed hold of me and said, “It’s time to cut the roof open. Do whatever you have to do.” We had heard too many stories of the worst happening, and the depression rate among pastors in Uruguay is high.

I was only halfway through my training, but I wrote to Sylvia, saying, “I’m coming. I’m getting on a bus tomorrow morning.” I didn’t really know what I was doing, and I was having to do it in Spanish, which I’m still not that great at. But one of the biggest treasures I carry from these years overseas is learning to be dependent on His voice because I have nothing else. I still don’t have the words in Spanish to say what I really want to say, but He keeps leading me and others to major breakthrough anyway.

When I arrived, I explained the process to Sylvia and asked her to invite God’s presence to be with her in her whole mind. Most of what she said, I couldn’t even understand because it’s tricky to understand people when they are emotional even in your first language, let alone one I wasn’t fluent in. But God was just so faithful.

Prayer is more powerful than I ever dreamed.

We prayed several times, and at one point, God took her to this moment when she was a little girl, sitting in the doctor’s office. Her mom was saying to the doctor, “Sylvia’s an anxious girl. She’s just a high maintenance kind of kid. I don’t know what to do with her.”

“That’s just who I am,” Sylvia said. “I’m just anxious all the time about everything.”

“We know that You’re always with us,” I prayed. “So show Sylvia where You were when that happened, Jesus.”

Jesus took her back to that place in her mind, and she was sitting there on the table, looking at the doctor. And there was Jesus behind the doctor, shaking His head:

“No, that’s not who you are.” He helped her reject the whole false identity she had taken on.

Over the course of the next few months, people started asking her, “What’s going on? You were a wreck, but your face is radiant now.” Because who is Sylvia really? She’s a bubbly person, full of beautiful energy.

It was such a treasure to come alongside her. And now she’s giving away what she has to the people around her. Prayer is more powerful than I ever dreamed.

A Church on Fire

After the College of Prayer module in Tranqueras and the inner healing prayer we did with Sylvia, Andres and Sylvia were eager to bring this to their church. “We need revival in our church. Would you come?” they asked Jimmie. “Would you come and do what you did in Tranqueras with our little group of 30 people?”

We got another Uruguayan pastor to go with us to their town, Chuy, for a College of Prayer weekend. One Friday night, we were ministering to the Lord, worshiping, praising, following the lead of the Holy Spirit, and just enjoying the Lord’s presence.

A woman came in about halfway through and just sat down and joined the group. As we were talking with people afterward, she came up to Jimmie and said, “You will never believe this!”

“I had to work late, but I was riding my bicycle through town, coming to church because I didn’t want to miss this,” she said. “I got a block away from the church, and when I looked up, the church was on fire. Literally, there was a glow around the church and flames shooting out the windows. I got my phone out to call 911, but when I looked up again, I realized it wasn’t really fire. So I put my phone away and approached slowly. God’s presence was over this place and over this group of people.”

We heard so many stories from that weekend of lives being transformed by encountering the manifest presence of God in a tangible way. We have continued to meet in Tranqueras twice a year and in multiple other cities for prayer and revival. God is meeting His people, preparing His Bride, and revealing His glory across Uruguay.