A story of healing and preparation for the field 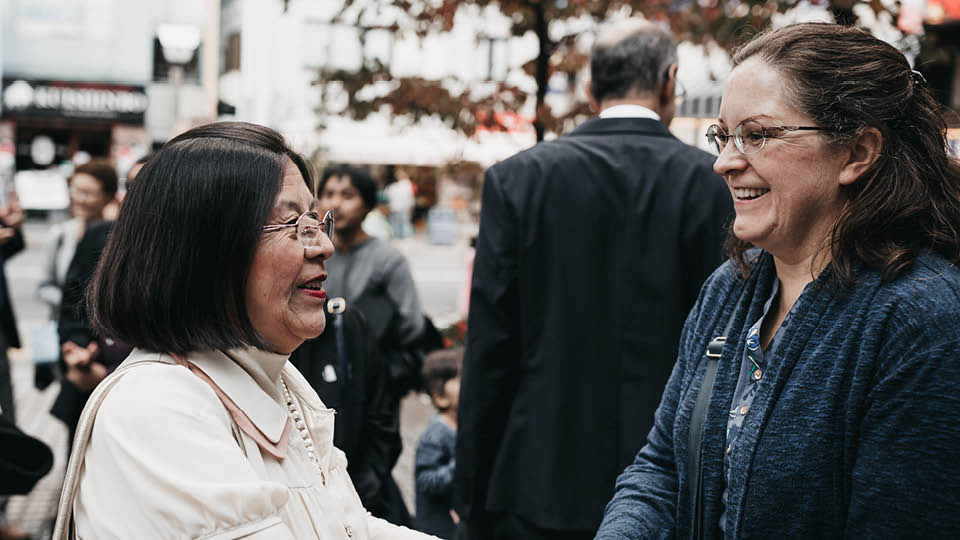 God first called Julie to the mission field when she was in the third grade, listening to a story about Amy Carmichael, the Irish missionary to southern India. What an awesome story, eight-year-old Julie thought. Maybe God wants me to do something like that. Brad’s call to missions came later, in college. “When I accepted the call, it was more out of obligation,” Brad says. “If God calls you to do something, you’ve got to do it.”

Being called to missions is one thing—the path to the mission field is another entirely. God called Brad and Julie Nelson individually, but the fulfillment of that call has been delayed time and time again. However, when God is the One who calls us, He never fails to prepare us. As Scripture promises, every work that God begins in us, He is faithful to bring to completion (see Philippians 1:6).

Brad and Julie met at Crown College, where Julie had gone because she knew she was called to missions. She was eager to learn. But during her freshman year, Julie noticed she was falling asleep in all of her classes, even if she was awake and energized when she sat down. “Sometimes in class, a teacher would ask a question and I would respond while I was sleeping,” Julie says. “My dreams would mingle with the room around me. This was happening on a daily basis.”

After doing some research on her daughter’s symptoms, Julie’s mother told her, “I think you might have narcolepsy.” Narcolepsy is a chronic neurological disorder that causes the body to be unable to regulate cycles of sleeping and waking. Julie was doubtful, but in doing some research herself, she came across a linked disorder called cataplexy—occurring in approximately 70 percent of people with narcolepsy—which causes a person to lose muscle control when feeling intense emotions.

“If I laughed too hard, I would lose muscle control and fall over wherever I was,” Julie says. “And people only have cataplexy if they already have narcolepsy.” After discovering this, Julie decided to go to the doctor to do a sleep study.

The results confirmed that Julie had narcolepsy and cataplexy. “It’s a chronic, lifelong condition,” Julie says. After trying different prescribed medications for a few years, Julie eventually found Xyrem, a medication that took away almost all of her symptoms. “A lot of people that I’ve met in my later years never knew I had a condition because I was able to lead such a normal life.”

A Calling to Japan

In the midst of this medical journey, Brad and Julie graduated from Crown and got married. While their call to missions was present, it wasn’t urgent or at the forefront of their minds. “After we graduated, we had student loan debt,” Brad says. “In hindsight, that was an excuse to delay and stay where we were. We thought, We can’t go yet, we have to work to pay off our loans.” They both eventually got jobs they loved; Brad worked at Crown College, and Julie was the children’s director at their Alliance church, Parkside Church in Waconia, Minnesota. “When people would talk about missions, our hearts were stirred. That was still there. But we were really happy and comfortable,” he adds.

Eventually, as Brad’s job was changing, he started to look for something new outside of Minnesota. Julie, who didn’t particularly want to leave her job, suggested that if they were going to leave Minnesota, they should finally take the plunge to go overseas. “At that point, I had thought that Brad had put missions on the back burner—that maybe when our kids were grown, we would go,” Julie says. “I thought I was calling his bluff. But he responded.”

“When Julie mentioned missions, I knew, ‘Yes, this is it.’ God started filling me with excitement, and I jumped in wholeheartedly,” Brad says. Despite their renewed excitement, there were still obstacles. They weren’t sure exactly where they wanted to go, and they still had student loan debt. However, in faith, they decided to look into serving overseas with The Alliance.

When a ministry opportunity in Japan opened up with Envision, Brad and Julie felt like it had been written with them in mind. “We didn’t apply for anything else,” Julie says.

During the interview process, Julie’s medical condition came up. “They wanted me to see a doctor to find out what they recommended. My doctor signed a note saying, ‘Yes, Julie is fine to go to Japan as long as she can stay on her medication.'” Julie had been on her medication for about 15 years, and she was thankful for the normalcy it provided. “I felt fine to be on it for the rest of my life,” Julie says. “But it turns out that Xyrem is illegal and unavailable in Japan.”

A Path of Preparation

“We looked into our options,” Brad explains. “It seemed like the consulate might make an exception, but the medication can’t even be shipped to Japan.” Despite their efforts, each avenue Brad and Julie explored over a few months was closed to them.

“At that point, we were ready to go,” Julie says. “We’d fallen in love with Japan. God called us there. So, we decided to pray earnestly for healing because we didn’t feel hopeful about any other options out there.”

While Julie had always believed God would heal her someday, she also felt like if He was going to heal someone, it should be the person with cancer or Lyme disease. It didn’t need to be her. Until suddenly, it did.

Amid their preparation, Brad and Julie attended Alliance Missions’ pre-field training. “They prayed for us. The Lord gave Brad a breakthrough during that prayer time,” Julie shares. “They prayed for my narcolepsy, and I felt like the Lord was doing something in my body, but I didn’t know what it was. That night, I decided not to take my medication to see if something had changed. I slept terribly.”

While there, Brad and Julie were also given copies of Rob Reimer’s book Soul Care. One of their teammates in Envision told them how God had healed them through the process of soul care, so they decided to give it a try.

“We’d never heard of it before,” Brad says. “But I knew I wanted to learn more after my experience during that prayer time. Someone prayed over me that guilt, shame, and unworthiness would be broken off of me. And I broke down sobbing. I would’ve never thought that I needed a release from that. So, in the next few weeks when I had extra time, I started reading Soul Care.” God continued to work in Brad, and he encouraged Julie to read the book too.

“One of the main points of the book is that our worth has been settled on the cross. You are worthy of HIs love, and you are a deeply loved child of God,” Julie says.

“We hear that all the time,” Brad adds. “But sometimes we don’t experience that love. If God’s love is something that’s hard for you to believe or experience, what is blocking you from it?”

While they were still contending for Julie’s physical healing, the Lord brought them both spiritual healing and renewal through soul care.

A few weeks later, when they were back at Parkside, their home church in Minnesota, Julie asked for healing prayer again. “They prayed and anointed me, but again—nothing happened.” Knowing that it’s always God’s will to heal, Brad and Julie kept praying in earnest. They started to thank the Lord in advance for healing Julie every night.

In the delay, Julie wondered if she should pursue other medications. “There was another medication that seemed promising,” she says. “We thought that might be the answer to prayer. But when I started taking it, I immediately got terrible headaches all the time. They were debilitating.” Julie asked the prayer team at her church to pray for the headaches to go away. “Right around the time they prayed, on a Wednesday morning, the headaches went away and never came back. That’s a miracle in and of itself!”

One night, Julie was lying awake at 3:00 a.m., discouraged. “Some old symptoms, like sleep paralysis, had returned,” she remembers. “I was lying there, unable to move, knowing that the new medication wasn’t working at all. But I knew God had called us to Japan.” God, help me, she prayed.

“Immediately, I audibly heard a woman praying for me by name, fervently asking for my healing,” Julie says. “I knew God was encouraging me by letting me hear that.” She felt peace around her and sensed a Presence enter their bedroom. “I felt the Presence approaching me and descending on my body. Immediately, the sleep paralysis went away, and I knew I’d been healed.” Right then, Brad woke up, and Julie told him, “I think the Lord just healed me.”

After praising God, they went back to bed. Julie slept for the rest of the night. “I’ve slept every night since, without any medication!” Praise God; He is our Healer!

After a long delay, Brad and Julie are finally serving in Japan with Envision as of May 2022. “We are really thankful to have had that extra unexpected time to spend with the Lord. We’re thankful that we were stuck here,” Julie says. “I think it was part of God’s plan—to heal my medical condition and our hearts. He brought us to a good place so that when we got to Japan, we were ready. I think the enemy might have wanted us to be discouraged by the delays, but the Lord has used it for so much good.”

Every step of the way, God has been preparing Brad and Julie to fulfill what He has called them to—not just practically or physically but emotionally and spiritually as well. This is what He does! When He calls us, He is always faithful to make the way clear.