On October 15, 2021, Carina Saarloos tragically lost her life in a fall. 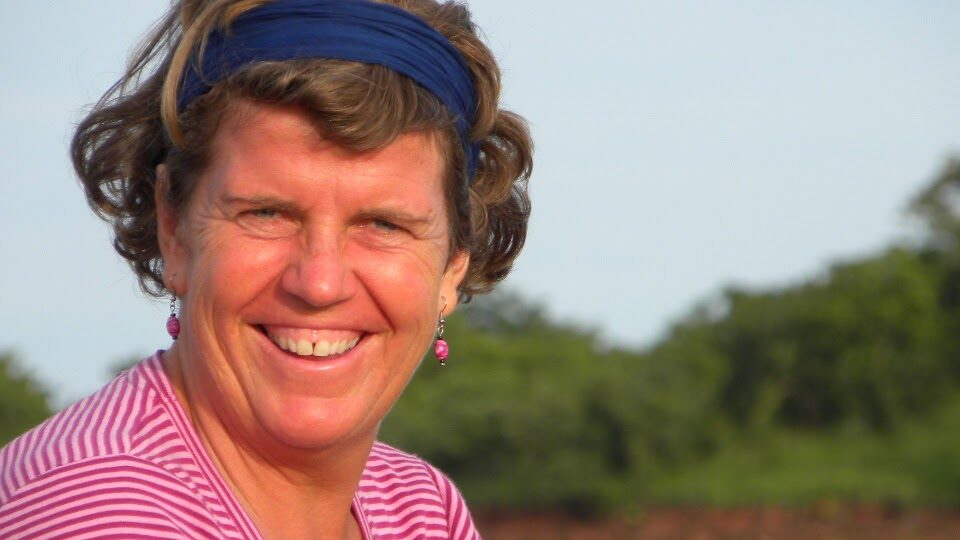 Carina Saarloos was a beloved woman of God who served Jesus with all of her heart. She spent 25 of her 56 years living in Africa and has left behind a legacy that will be remembered and treasured for years and years to come. One IW on the West Africa team described her as a “missionary who was legendary in her gifts, talents, and zeal to see souls claimed for the Kingdom!”

On October 15, an Alliance team in West Africa was on a prayer retreat at a small resort. Several team members went for a hike in the morning, and as they were exploring the hills and nearby areas, Carina tragically fell off of a 30-foot rock into a rocky ravine. She sustained multiple injuries but was able to interact with those who went to her immediately after the fall. While in the ambulance, Carina went into cardiac arrest, and shortly after they arrived at the hospital, the doctors announced she had passed.

Her team was together during this horrible time, and when Carina went into the loving arms of the Father, she was not alone. She touched so many over the course of her life and was loved and cherished by more than maybe even she knew.

Shortly after, over 150 people came—on very short notice—together to celebrate Carina’s life and ministry. As a testament to her Kingdom impact, those who came to remember her were from vastly different social circles—former prostitutes, prisoners, vegetable vendors, students, hikers, displaced people from camps, church women, colleagues, pastors, and friends.

Carina’s Bambara name, Nyagali, means “joy,” and was an incredibly fitting title for her, as those around Carina remember her as a “joy and blessing to all who knew her.”

Continue praying for the West African Alliance team, for Carina’s family and friends, and for the Lord to work in the midst of tragedy.