Did You Ever Imagine?

How God brought the world to an English café in France 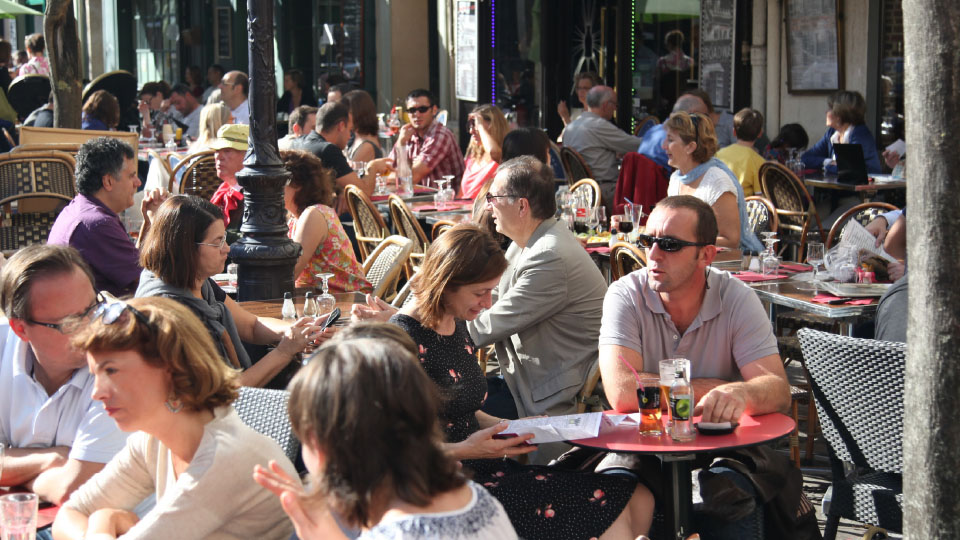 by an aXcess worker serving with The Alliance in Spain

“Did you ever imagine that you would reach Ukraine?” my friend asked when I visited the English conversation café in France recently.

I quickly looked around the café. It was filled with refugees—Ukrainian refugees. Where did they all come from? I wondered.

Though my family now ministers in Spain, when we moved to the south of France 10 years ago, we started this English conversation café. As I thought about how this ministry was now reaching people from around the world, I remembered those first divine appointments I had with local women.

One of the first people I connected with was Chantal,* the French cashier at our local supermarket. My son and I were sacking our groceries, and she overheard me speaking in English.

“Where are you from?” Chantal asked, with an almost perfect American accent.

“Missouri,” I said. “Do you like to speak English?”

She told me how much she loved the English language and American culture, so I invited her to the English conversation café, which we were just starting at our local French church, located right down the street from the grocery store.

Chantal was interested and excited, so we exchanged numbers, and she promised to come the following week.

Then, there was Natalya from central Asia. Since I was new to the area, I had been wandering around town aimlessly with my baby in the stroller looking for the town hall. I stumbled upon a local community center where they were doing a blood drive and decided to ask for directions.

“Where is the town hall?” I asked the woman behind the counter. “I’m lost.”

Natalya overheard me and offered to take me. I thought she would just give me instructions and point me in the right direction, but she actually wanted to accompany me to my destination. Because she loved to speak English and wanted to practice, I invited Natalya to the English conversation café as well.

For our first meeting, many others from Algeria, England, France, the United States, Ukraine, and Guatemala walked through the doors of our small, international Protestant church. There were also those in cross-cultural marriages whose husbands were from New Zealand, Peru, and Ghana.

The world had come to our English conversation café!

Over the years, women came to our cafe weekly to learn English. In the process, they also interacted with Christians who shared the gospel with them, and many, including Chantal and Natalya, became open to hearing stories and testimonies about God. He brought the world to us, and He is actively working in their hearts to this day.

Little did we know, though, what the Russian-Ukrainian conflict would bring to the world—and who God would bring to our English conversation café as a result. “My mother, Marta, needs to get out of the country,” Yana told everyone at the café while they sipped hot tea and ate homemade chocolate chip cookies. Yana had been coming to the café since that very first meeting, and she never left. “Ukraine is getting dangerous,” she said, “and my mother doesn’t have any money to fly out or any other way to escape the country.”

Those in the café who attended the church listened to Yana as she expressed her fear and concern for Marta. At the following Sunday service, they publicly shared about the need, and this small French church took a special offering for Marta’s plane ticket.

When they gathered at the café the next Friday, the ladies from the church gave Yana the money they had raised. Yana cried, overwhelmed with joy and gratitude. It didn’t take her long to tell her mother about the generosity of the local Christians in France and to purchase an airline ticket—Marta’s only means of escape from war, danger, poverty, and possible death.

Marta arrived in the south of France just a few weeks later, and she wasn’t the only one arriving from Ukraine. Because of the Russian-Ukrainian conflict, refugees were flocking into the area. They all seemed to know each other and created a community among their own people.

During my recent trip back to France, these Ukrainian refugees lined the couches along the wall of the café. They filled the tables and chairs next to the coffee bar covered with hot water kettles, tea cups, coffee, sugar, cream, cakes, and cookies.

Yana had happily transported all of these refugees from their homes to the community center. She was there by their side to support them in their transition and adjustment. On this particular day, the café volunteers were teaching the women French instead of English. If these refugees were going to make a new home here, they needed to learn the host language and culture. In the meantime, they were rubbing shoulders weekly with believers in Christ who were sharing their faith and love in practical ways.

As I looked around the café that day, it felt surreal. I never could have imagined that starting this outreach ministry in our local French Alliance church 10 years ago would one day reach into and impact communities from around the world—including Ukraine!