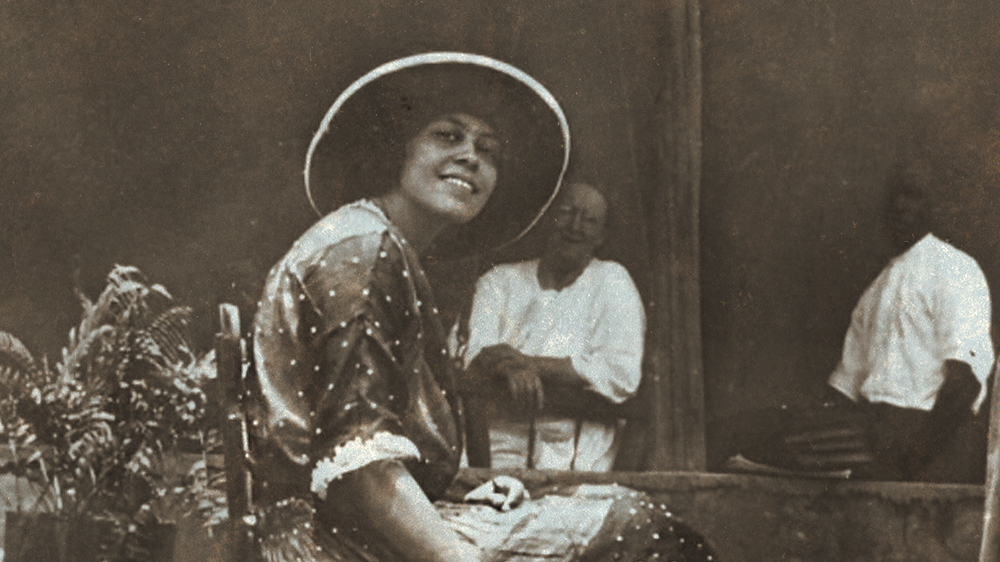 Anita Bolden Fitts served one term with The Alliance in Africa, from 1923 to 1928. After returning home, she contracted malaria and was unable to go back for a second term. Undaunted, Anita accepted invitations to tour first for The Alliance and then for a Baptist organization. She traveled extensively throughout the South, speaking for missions and raising funds. She remembered one particular Alliance pastor in the Pittsburgh area who would turn the pulpit over to her every time she showed up.

One of nine Black missionaries who served between 1913 and 1937, Anita has a unique place in the history of The Christian and Missionary Alliance (C&MA). She helped shape what she called the “pioneer missionary” heritage of The Alliance.

It is a heritage she knew well. Her mother joined what was then Cleveland Branch No. 2 of the C&MA in 1896, two years before Anita was born. During the years Anita was growing up, her mother was the organist for the Sunday-afternoon and Wednesday-evening services at the Branch. While it was often called the “Colored Work” in The Alliance, Branch No. 2 in fact had both White and Black members, including several interracial families.

Under the leadership of Mattie Bowles and Bell Smoot, door-to-door evangelism and street preaching were regular parts of the mission of the Branch. But Anita’s most vivid memories were of the missionary conventions in a tent each summer. For two weeks, Alliance speakers and teachers from all over the country would present Bible training and missionary messages. The extensive evangelistic meetings during these summer conventions would have “all of Cleveland looking down [praying],” she recalled.

One of the better known Alliance teachers at these conventions, who was a former rabbi, Dr. Max Wertheimer, baptized Anita when she was 11 years old. Another important Alliance leader whom she met at the conventions was Rev. E. M. Collette, a Black minister from North Carolina. E. M. later invited Anita to spend her summers working with his revival campaigns in the South while she was a student at Nyack College in New York.

Anita remembered vividly one summer experience in Winston-Salem, North Carolina, when she had been asked to speak in a Methodist church. “I never gave my age; I must have looked older than I was,” she surmised, for “at the close of my message some of the officers went into another room.” Not sure what they were doing, she led the singing of the final song before the officers returned to ask her publicly if she would lead a revival series in their church.

“I’d never led a revival meeting, but I did not tell them. And that was my first revival series in the South.”

It turned out to be the first of several as she continued to work with E. M. Collette’s summer campaigns until his death in 1923. She also taught for one year at the Boydton Institute, an Alliance school for Black children in Virginia. When not working full time, she would occasionally travel from Cleveland to the South to speak or lead revival meetings, sometimes receiving as little as six dollars in remuneration for travel and expenses during the week.

Finally, three years after graduation from Nyack College, in November 1923, Anita sailed for Africa. “I had to get some years on me,” she explained of the interval. In Sierra Leone, the young woman from Cleveland joined a handful of other Black Alliance missionaries in an integrated field. She worked among the Kuranko people in Sierra Leone and French Guinea.

Both Black and White missionaries worked side by side on the Alliance field. “We didn’t even think about race,” Anita recalled. Asked if she ever heard comments from African people concerning her race, she laughed and said, “No, we were all Americans—strange Americans. Some were one color, some were another, but there was no differentiation by Africans.”

Anita was accepted to return to Africa in 1930, but was unable to because of the malaria she had contracted. However, illness did not prevent her from being involved extensively in work at home on behalf of missions. Even after she married in 1933 and settled in Pittsburgh, she continued to lead evangelistic services and speak about her missionary experiences. Baptist and Methodist connections led her into churches that had never heard of a Black missionary. In all of her travels, she stated proudly that she had never seen a work that could compare to The Alliance when it came to missions.

Anita went on to serve the Pittsburgh branch of the Salvation Army for over 20 years. She passed away on July 29, 1996.