Dwelling in the world as Jesus dwelt with us 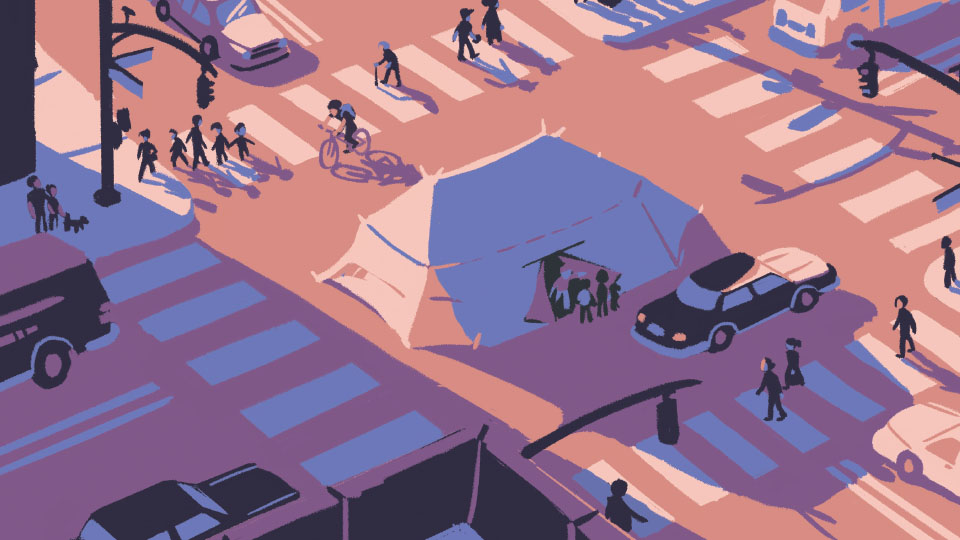 The Word became flesh and made his dwelling among us. We have seen his glory, the glory of the one and only Son who came from the Father, full of grace and truth (John 1:14).

We often reflect on the wonder of Jesus’ Incarnation. We marvel that we have been made recipients of the glory of the one and only Son. In Jesus, God entered humanity in a very real way. He became flesh. He became present among us.

But have you ever imagined Jesus’ life as a regular person? As a child, He learned to talk and walk. He experienced human emotions and bodily pain. As an adult, He both worked for a living and lived without a paying job for some time. He found His social and religious community both meaningful and frustrating. He longed to know God’s will and goodness, sought Him in prayer, and even confessed that sometimes He felt forsaken.

The different and divine became so much like us. Then He died like we must—His innocent life experiencing the penalty of sin for us all. Hallelujah! Emmanuel! What a Savior!

But do you realize that the Incarnation was not only the miracle that saved us but also the model for our service? The same gospel writer who described Jesus as “becoming flesh” also recorded Jesus’ own words in John 20:21: “As the Father has sent me, I am sending you.” Something about the way Jesus calls and sends us into the world is patterned after the manner of God sending Himself to dwell among us.

This doesn’t mean that we are able to save like He did through His life and death, though He does ask us to yield our lives and some have lost theirs in fulfilling the call. And we are not full of glory like He was, except in that He lives within us and is gracious to show His glory in our “earthen vessels.”

Rather the pattern of our sent-ness, which He described “as the Father has sent me,” is simply the idea of being present. The Father demonstrated His love through the presence of Jesus among people in human reality. While some things about love can be conveyed from a distance or through description, love is best known in the presence of the lover. Presence feeds the intimacy of a couple, or of a parent and child, just as it feeds one’s belonging in a place of community.

John 20:21 leads us to an important understanding: We may never be more like Jesus than when we are willing to be present for Him among those who’ve not yet had or found the chance to know Him.

A friend of mine used to visit a tough neighborhood near my home to find the drugs he needed. He was swamped in addiction and knew where he could find what he wanted on these tough streets. When he decided he had to find a way out, he found it in Jesus because some of God’s people had shown him the way.

And now, five years clean, he’s returned to this same neighborhood to bring hope to others. He walks their streets. He knows their names. He invites them into our church for pizza and prays for their needs. He’s created a safe and hospitable atmosphere of worship and the Word that breaks down barriers. And he’s baptized several now as they’ve found hope and freedom in Christ as well. As the Father sent His people onto the streets of this neighborhood for my friend, Jesus has now sent him back to serve others. My friend’s presence here brings the presence of Jesus into this community.

But being present for Jesus is also a part of the way He sends us to those who may be distant or different from us. In Alliance Missions, we value what we’ve come to call “incarnational ministry”: ministry-by-presence among those who have not yet had someone living out Christ’s presence among them. While technology for spreading information about Jesus is abundant today and God’s Spirit so often works through such media to touch hearts, there isn’t a substitute for a devoted disciple who lives out a transformed life among people in ways they’ll understand.

A professor of mine from long-gone days when I was in seminary had lived with his family in a remote valley among a tribe of people who had never known a Christian. No one in their group could have been a present witness of Jesus.

So, as the Father sent Jesus, Jesus sent my professor and his wife, John* and Judy.* When they first arrived, the people welcomed them with a large feast. This couple learned the many facets of the language and culture of these people to whom God had called them, including how to cook and eat as well as their style of music, songs, and sayings. John and Judy translated Scripture about the Lamb of God for people who had never seen sheep, seeking out meaningful elements of the culture of their hosts that would help convey the meaning of such Scriptural images.

And as people started to believe in Jesus, John and Judy helped them to consider the ways that Jesus’ teaching challenged cultural norms and to seek culturally meaningful ways to address those challenges and live out allegiance to Him.

This is why The Alliance is a sending and supporting missionary movement. While opportunities to spread news of Jesus through various media have exploded in our lifetimes, Jesus still sends His disciples as the Father sent Him. He still desires that people have the opportunity for someone who represents Jesus to be meaningfully present in their lives and communities. We are most in step with the Lord of the Harvest when we are willing to be His presence among those around us—and when we send the people He calls to live among those still needing to hear.

From the testimony about Jesus in John 1, there are three things we can quickly note about this type of incarnational presence among people for Jesus’ sake.

First, there is influence in identification with people’s culture and ways. This is really what it means for us to be “present in flesh.” To find ways to live, work, speak, and experience life among people in ways that align with their cultural experiences is the beginning of showing love in Jesus’ name.

Second, God shows glory through the humility of the one sent. John used the phrase “pitch a tent” or “raise a tabernacle” to illustrate what he meant by Jesus “dwelling among us.” This reminded his early readers of the tent of glory in the Old Testament where God’s glory met the desert nomads in the dust of their real lives. Jesus emptied Himself of divine privilege and “tented among us.” And we are like “jars of clay” (2 Cor. 4:6-7)—imperfect and earthly but called to demonstrate and share His glory through serving.

Third, we see that gospel transformation comes through both word and deed. Jesus was present on earth, “full of grace and truth.” He lived out these attributes of our loving God while walking through real communities and living out real relationships. His words matched His works and vice versa. And His transforming work in His followers now equips us to do the same when He sends us in His name.

Jesus calls each of us to be present for Him among those around us. As you read in the editorial, the workers you send and support extend His presence by living and serving among the lost and overlooked in some of the most spiritually desolate areas of the world. And in our shared ministry as an Alliance family, we extend His presence in our communities while sustaining our workers’ presence through our faithful prayers and generosity.

As the Father sent Jesus, He sends us to be present.