A Tragic Accident in Cambodia

A great evangelist and man of faith tragically died on Tuesday, April 5. 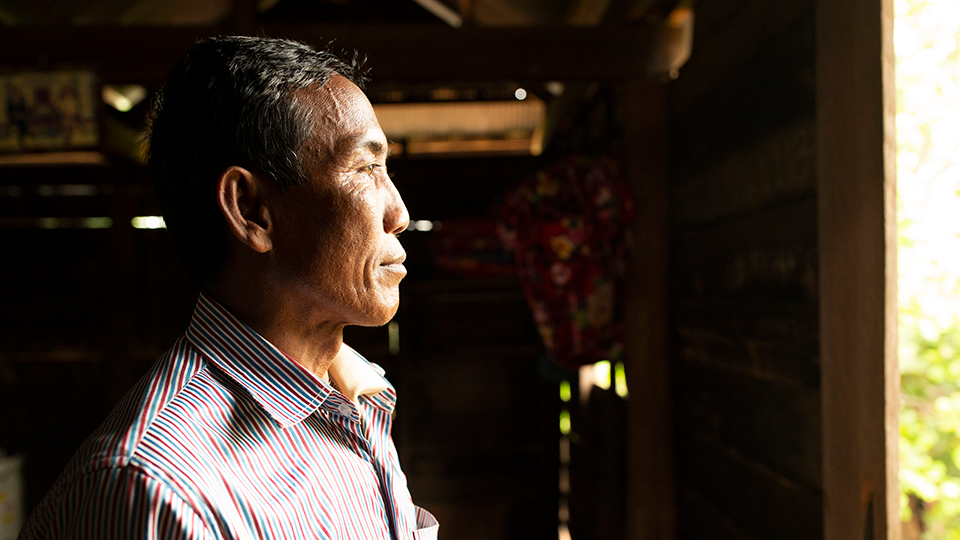 Kong, an incredible Cambodian evangelist, and his brother, Kean, were in a motorbike accident on Tuesday, April 5, 2022, around 7:30 a.m. Kong died instantly, and Kean was taken to a local emergency room for a head injury—he has no broken bones and only a few minor cuts, but his heart is broken from losing his brother.

An 18-wheeler truck going dangerously fast collided with Kong and Kean head-on as they were driving an old, tiny, three-wheel tuk-tuk. The accident happened in the Kampong Thom province.

Kong’s body has been taken back to his village—Andong Chan. Many families have been helping make funeral arrangements; pray for peace and comfort in this time of mourning.

Kong was mightily used by God to spread the gospel in Anlong Veng and the surrounding villages of northern Cambodia.

At age 57, Kong is now happily walking, talking, and resting with his Savior, Jesus Christ. He was a faithful servant with a deep passion to bring lost souls into God’s Kingdom. Hundreds, if not thousands, of lost people now have a personal relationship with Jesus because of Kong’s life and testimony. Some who served with Kong say that he was a modern-day Apostle Paul, a dearest friend; an amazing, blessed, and gifted ministry partner; and a dear and beloved brother.

Kong leaves behind two wives—he had two wives before giving his life to Jesus, though he took full responsibility for caring and providing for the basic needs of both wives and families since he encountered Jesus—three adult children, three school-aged children (ages 5, 9, and 14), and two grandchildren (ages 4 and 7).

Intercede for the grieving relatives and friends. Pray that God will raise up many others like Kong to follow in his footsteps in ministry. Pray for all the financial needs of the funeral and other medical expenses. Pray, too, for Kean as he recovers from the accident and while he grieves.

God completely transformed Kong, a former drunk and violent gangster, into a man of peace and one of the greatest evangelists in Cambodia. As Syna Lao, an Alliance international worker who partnered with Kong in ministry, wrote, “I can almost hear the words of the Savior saying to Kong, ‘Well done, good and faithful servant! Come and share your Master’s happiness!'”

This video that tells more of Kong’s story was released last year.

Kong’s photo has been the featured image on the C&MA homepage since the fall of 2021.