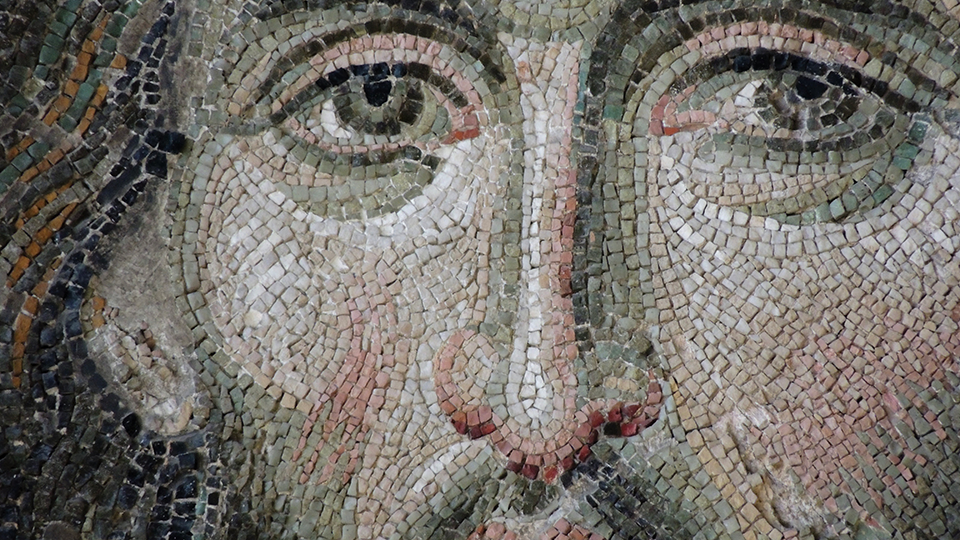 This article was originally published in the February 2010 issue of Alliance Life.

“After this I looked and there before me was a great multitude that no one could count, from every nation, tribe, people and language, standing before the throne and in front of the Lamb. They were wearing white robes and were holding palm branches in their hands” (Revelation 7:9).

The Christian and Missionary Alliance has always had the boldness and courage to represent itself as a mosaic—a group of believers formed of every nation, language, and socioeconomic class. A. B. Simpson, our founder, set the mosaic in place when he left his prestigious New York City pastorate. Because of that church’s refusal to accept new members from the poorest neighborhoods, Simpson, who felt a call to the “unchurched masses,” realized that the homogeneity of the congregation did not allow a mosaic of peoples within its ranks. Simpson later founded the Missionary Training Institute (MTI; now Nyack College, Nyack, NY). The student body of this institution and, later on, the first missionary teams sent out further developed the Alliance mosaic.

A Gap Is Made

When a mosaic is jostled, mishandled or harshly treated, pieces tend to fall out and a gap is left in the image. Although the greater portion remains intact, the true beauty of the whole picture is marred. By the mid 1930s the Black missionary pieces of the Alliance missionary mosaic began to dislodge. This decade saw the steady decline of Black missionary personnel from all denominational mission agencies. By the 1950s, cultural laws in the United States spurred tension on the mission field.

In addition, because of pressure from colonial governments upon mission agencies concerning the presence of Black missionaries, many denominations, including the C&MA, enacted policies that hindered African-Americans from becoming missionaries. Although the C&MA later sought to rectify these policies, their spirit has remained, affecting to this present day the presence and retention of African-American missionaries.

In 1976, after almost 50 years, the C&MA commissioned and sent out Nyesa Costa, an African-American missionary, to serve in Burkina Faso, West Africa. In ensuing years, several others followed. However, due to jostling of a different kind, these new pieces of the mosaic dislodged and the gap re-emerged. The mosaic remained marred.

The Alliance mosaic is a beautiful glimpse of heaven, for we see every nation, tribe, people, and language worshiping under the umbrella of the C&MA. Our Lord placed a heavy burden and vision upon me because of my experience as a former C&MA missionary to Mali, West Africa, where I had caught sight of the Alliance mosaic at work and discerned a gap in the missionary sector. This led to 10 years of prayer for this to be put right through corporate repentance and then to see an increase of African-American missionaries serving in and through the C&MA.

The C&MA’s Association of African-American Churches (AAAC) and the Short Term Missions Office were the servants our Lord commissioned to begin the work of restoration. On November 5, 2009, this vision became a reality when 22 African-Americans departed from the United States for a 10-day short-term missions trip to Senegal, West Africa. The theme—Bridge Senegal ’09—reflected the two components of the burden. The first portion of the mission trip involved a reconciliation service revisiting policies that had barred Black missionaries from serving with the C&MA. The second section gave these short-term missionaries a positive experience through hands-on ministry in working jointly with missionaries and Senegalese church leaders.

Participants in the reconciliation service included the African-American short-term team, missionaries to Senegal and U.S. C&MA National Office leaders. The service began with the reading of the policies, after which U.S. C&MA president Gary Benedict and Bob Fetherlin, vice president for International Ministries, offered sincere words and prayers of confession and repentance. Needless to say, all in attendance were moved to tears by the humility, emotion, and sincerity with which our leaders sought forgiveness. To complete the circle of reconciliation, the AAAC representatives, in turn, sought forgiveness of the C&MA. To symbolically show a total involvement of the denomination in the process of reconciliation, a Communion service followed, officiated by Dr. Benedict, who was assisted by leaders of different sectors of the C&MA. In another act of humility, Dr. Benedict touched us all as he washed my feet and the feet of Rev. Terrence Nichols, AAAC president.

The Spirit of the Lord, already present, moved even more powerfully as Kelvin Walker, campus pastor of Nyack College at the time, led us in a spontaneous time of worship and celebration. The night concluded with a book-signing ceremony. One by one, each participant slowly and reverently approached a table to sign a copy of a thesis written to assess African-American missionary presence in the C&MA.* The leaders of Bridge Senegal ’09 then made an official presentation of the book to Dr. Benedict. They declared that he was worthy to receive it for the Lord had raised him up to the position of president of the C&MA for such a time as this. At end of the service, all proclaimed in unison, “It is finished! It is finished! It is finished!” These words declared that the leaders of the denomination had repented of the wrongful policies and that reconciliation took place. Bridge Senegal ’09 filled the gap and mended our Alliance mosaic.

The filled gap now laid the path for the second part of this historic trip; Bridge Senegal ’09 was set to proceed. The Alliance mosaic was at its best as African-Americans, missionaries to Senegal, and Senegalese church leaders joined forces to touch Senegal for Christ. To accomplish this, there were four teams: pastoral training, prisons and homeless ministry, medical ministry, and music ministry. Senegalese leaders provided cultural guidance and opened doors, and missionaries welcomed and worked alongside the short termers, serving as translators and practical coordinators. As time progressed, persons who had not previously known each other ministered in harmony. As a result, a tight family bond developed. This was a touching presentation of the power of love and the power of the gospel to the people of Senegal as they witnessed this Alliance mosaic.

Ultimately, Bridge Senegal ’09 served to present in miniature a glimpse of the beautiful mosaic of The Alliance working together in ministry. Yet more than that, this unity was evident as the participants ministered and practically lived together, demonstrating the true mosaic described in John’s revelation: “After this I looked and there before me was a great multitude that no one could count, from every nation, tribe, people and language, standing before the throne and in front of the Lamb. They were wearing white robes and were holding palm branches in their hands,” (Rev. 7:9). In Senegal, West Africa, many of us saw a glimpse of eternity: all nations as one before His throne. We saw a marred mosaic mended.

While African-American missionaries were sent in the early days of The Alliance, from the mid 1950s to mid 1970s The Alliance imposed a policy of not doing so. Another policy remained in place longer, limiting the sending of immigrant Americans to serve only in their homeland cultures. This policy was rooted in a concern for preserving the distinction between U.S. mission teams and emerging churches in other national settings. This latter policy ceased to operate at different times in different regions of the world. The C&MA voiced official repentance for these policies under Rev. Gary Benedict’s leadership, most notably on the Bridge Senegal trip in 2009, to which this article refers.

Today, we continue to grieve that these policies, and the pain that they caused, are a part of our history. While 45% of U.S. Alliance church attendees are people of color, only 17% of Alliance Missions’ (AM) international workers (IW) are. AM leadership is working to see the diversity of our IWs increase to more accurately display the diversity of our Alliance family. We are also working to increase true inclusion within AM. Changing policies has been one thing—changing practices and cultural elements that have inhibited diversity and inclusion is another. I covet your prayers for this continued journey and for those who have experienced injustice within our Alliance family.