Becoming a missionary in unlikely circumstances 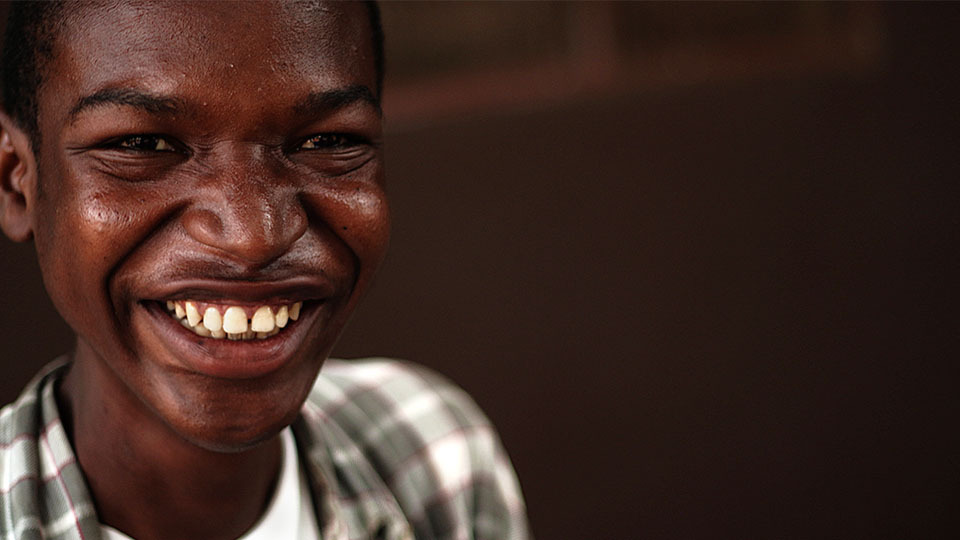 As difficult as it may be to believe, Romans 11:33 is true: the Lord works in mysterious ways. We pray for His will to be revealed or to see and experience more and more of His goodness, but often His goodness is beautifully intertwined into our every day. It gets so ingrained into our “mundane” and “normal” lives that we must truly have faith to believe that His mystery is at work in the less obvious.

Sometimes, though, we get to experience the Lord’s tangible majesty, and His goodness is magnified through witness and circumstances so obviously orchestrated by Him that we can’t ignore it. At a C&MA hospital in West Africa, God is mightily at work in a small town that has been sheltered from Him for many years. For Jake, one of the international workers who serves at the hospital, witnessing God’s glory is common. In fact, it’s difficult not to see Him at work when there is so much obvious transformation in the hearts of their people, though it often takes time.

It is common in this country for people to first experience the Lord through the kindness of international workers, especially in the hospital. The tangible love and kindness Alliance workers extend to these people is an extension of the gospel, and people are finding Jesus because they see Him in others.

In 2015, Jake was working with pastors in a village that the Alliance church had been trying to evangelize for over 20 years. This particular village was extremely resistant to the gospel. But the Lord had called a Christian teacher to these people, and he invited Jake to share the JESUS film on his front lawn.

The film was constantly playing on the hospital TVs, and the team often showed it in villages as well. When Jake and some team members went to this village, there seemed to be some traction and interest. They went back in 2016, hopeful that they could soon send a pastor to live in the village. But the villagers completely stopped this from happening and would not let a pastor in.

The workers felt discouraged as it seemed like a place where the Lord was moving, but the door seemingly closed before it fully opened. “It was very disorienting,” Jake says. “It felt like we had taken on this big project—it was ambitious—and it just came to a stop.”

Out of the Ashes

On one of those trips to the village, Jake met a young man named Emad* who had lost so much strength in his arms and legs that he could only scoot around on a tiny stool. When Jake and his team brought Emad back to the hospital for tests and physical therapy in order to improve his quality of life, they discovered he had muscular dystrophy. It was during his time at the hospital that Emad came to know the Lord.

Out of the ashes of a village Jake had hoped and prayed for—sensing the Lord wanting to do something big—came one person. One who came to Jesus. One who was evidence of God’s mysterious ways. One who could go back and proclaim the gospel to his people. Emad.

But with this new sense of hope came a new set of challenges.

“No one wanted to send this brand-new believer back to this village where there were no other believers around,” Jake says. “Especially someone who was handicapped so severely.” So, they didn’t. Not yet, and the Lord continued working.

Emad lived at the hospital for another five years. Some of the other patients would cook forhim, his family would visit him, and he was quite happy. His faith grew, and he discovered a new sense of family—a Kingdom family. He attended prayer meetings in the evenings and developed a sort of ministry to other patients.

His faith grew, and he discovered a new sense of family—a Kingdom family.

International workers serving at the hospital can name many people who were influenced and encouraged by Emad and came to know Christ because of him. Emad had an influential personality and showcased enormous amounts of compassion to the hospital staff, those he was living among in the hospital, and everyone he met.

Without anyone encouraging him to do so, Emad organized regular prayer meetings and Bible studies for and with hospital patients simply because he wanted others to know Christ. These meetings and studies began with just a few people, but soon patients who were walk-ins from town started to join in too. Some even pressed for the hospital staff to hurry and finish with their care so that they could join in the study time.

One patient in particular was incredibly moved by Emad’s presence and persistence in sharing the gospel. Derrick* arrived at the hospital paralyzed after a horrific fall into a well. By the Lord’s divine intervention, he was placed in the room next to Emad. Derrick was bound to his bed, so Emad spent time with him and held his prayer meetings and Bible studies right outside Derrick’s room.

Soon after, Derrick and Emad began studying the Bible together, and Derrick was drawn to Jesus. Derrick’s wife joined him at the hospital after a couple of months, and she gave her life to the Lord as well. Where they live, he and his wife are the only Christians for miles, but they still steadily and faithfully follow the Lord, and Emad influenced them and many others by sharing the good news.

Emad had so many friends, an incredible ministry, and a good support system. It was no wonder that he was content staying with his faith family in the hospital and not going back to his village; but the Lord had other plans.

The Alliance hospital workers had to leave West Africa in May 2021 due to safety issues. Along with uprooting their lives from the place they called home—the place the Lord had called them—they also had to leave their patients and their faith family and figure out a plan for long-term housing for some. Emad was one of them.

Emad’s faith had grown exponentially, and Jake and his team felt that he was ready to go back to his village. During the five years that Emad had been living at the hospital, pastors had done much evangelistic work in the surrounding areas, and there were believers who wouldn’t be too far.

Jake and his team started building Emad a handicap-accessible house in his village. While they were building, the team met Emad’s brother, Adam,* for the first time and wanted him to come back to the hospital to learn Emad’s physical therapy routine so that Adam could help Emad once he moved home. Adam came to the hospital over a weekend and stayed for three weeks.

“I thought, ‘When I go in on Monday, I’m going to talk to Adam and see if we can start some spiritual conversations,’” Jake remembers. “Well, I got there on Monday, and everyone said, ‘Emad’s brother gave his life to the Lord over the weekend.’”

Back in 2015, when Jake and the team had been visiting Emad and Adam’s village for the first time, a 12-year-old Adam had seen the JESUS film for the first time, and it stuck with him. When he came to the hospital to learn about Emad’s physical therapy, knowing it was a Christian hospital, the very first thing he did was find a chaplain. Adam gave his life to Christ right then and there. The Lord had been working.

By the end of April, the team sent Emad and Adam back home to their village—the place that never had committed Christians, the place that was active with terrorist activity. But now, there is the start of a church. The village has two believers who can read God’s Word and learn, study, and grow in their faith together.

“Emad has this kind of magnetic personality,” Jake says. “People are just drawn to him.”

The story in this village is not over; it’s just getting started. The Lord is moving, and He is using two young believers to plant His truth in their native soil.

The Lord is moving, and He is using two young believers to plant His truth in their native soil.

What a blessing to this village that the Lord worked and moved in such a way that He could use new believers to bring His goodness back to a place that has been void of it for so long. What an answer to prayer that His mysterious ways were set in motion years before Emad and Adam even visited the hospital. What a continuous reflection of His heart for His people.

We long for God’s greatness to shine throughout the world, for the gospel to be known and to be experienced, and we are not alone in that. The Lord desires that, too, and as His hands and feet, we get to weave together the stories He has written, the lives He has touched, with our own touched lives to bring that very majesty to the places He calls us. He works in mysterious ways, and by His grace, we have incredible opportunities to witness that very grace through the stories of His people.